A current thread topic at the MS Forum asks “What contemporary hymns do you like?” And, per usual, the responses meander through the semantics of “what is contemporary?” to “define the word ‘like’.” Everybody from Messiaen to Bob Hurd and in between, presumably answers both those queries. But earlier in the year I posted a column, “How I go about choosing bricks.” The content of the first part was mostly a ideological rant. And before I could compose a practical compliment, I stupidly dislocated my shoulder twice in nine days. I’m still in the sling until mid August, but I thought I could tackle completing the article that illustrates my strategies (I’m not sure they could be called principles) regarding what musics of recent vintages are solid enough to be considered bricks whilst we rebuild the foundation that will establish chant as having principal place at the top of our structure. Or at least make it darn sure chant is not the “stone which the builders rejected.”

I will use OCP’s BREAKING BREAD 2010 repertoire as the sourcebook for specific examples. I will concentrate on the vast majority of titles in that which would be used as the fourth option, the “another suitable song/hymn,” hierarchy for the processionals and other liturgical moments. I will be mindful of the threefold criteria of the late MCW (liturgical, pastoral, musical) as well as the threefold credo of “sacred, beautiful and universal” espoused by Dr. Mahrt and the CMAA. But I won’t necessarily be very clinical in ascribing such superlatives to specific works most of the time. I’m going to try to speak with plain, common sense. That poses a great burden upon me, and therefore you as well as we proceed. I won’t be dealing with the Respond and Acclaim responses or the Psalter section of the hymnal, nor with the default ordinary, Chris Walker’s CELTIC MASS, which I personally cannot find but shreds of anything authentically Celtic of nature contained therein, nor any other ordinary settings. And lastly, I won’t, with a few exceptions deal with strophic hymnody borrowed from our own or other denominational traditions, unless there is a “contemporary” angle up for discussion. 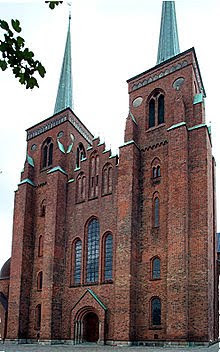 As a great shining symbol I marvel at how the actual hymnal portion of BB starts with “O COME, O COME EMMANUEL,” using the Neale “Victorian” translation. Surely that’s an ideal brick and cornerstone. Before moving on I wonder, though, why it (and “Creator of the stars of night) doesn’t receive the courtesy extended to the few are far between other “chants” in the book, such as UBI CARITAS, VENI CREATOR SPIRITUS and ADORO TE, which all have the Latin text as primary and the poetic English as secondary in disposition? In the continuing repertoire of Advent, there are two back to back “MARANATHA” songs, both which employ cross related major/minor thirds as a sort of “oriental” melodic device. Though the more long-lived version by Schoenbachler might appear to be more useful because of its scale-wise motion, the other version by Sullivan-Whitaker (which unfortunately only prints the refrain for the congregation) seems to emulate chant by virtue of not using the “minuet” emphasis in ¾ of the former. The opening cry, “Maranatha” (Cm) Bb-C-G-Ab-G-F-Enat!-F-G might be just as creative and clever tone painting as Jeff Tucker alludes to in certain propers now and then. The balance of the Advent section seems to call for distinctions of taste. If you like “old Joncas or old, rehashed Schutte,” it’s there. If you like French carols, you’re in luck. If you like shape-note, American gothic, it’s there. Bach Chorale? OK, then. Then you run into the device of veritable chant emulation: “CHRIST, CIRCLE ‘ROUND US” by Schutte, whose melody is metrically appropriated from the popular version of SALVE REGINA and which paraphrases the “O” antiphons of late Advent usage. That has a certain cognitive dissonance to me, but it can serve to buttress the chant by a programming juxtaposition on the fourth Sunday, if desired. A brief mention that a song and wordsmith whose works have long attracted my attention, M.D. Ridge, made a critical error in allowing her hymntext “Come, Lord Jesus” to be included with a very uncomplimentary, truly juvenile melody. Other than that one example, I find most of her works worthy of use.

Skipping the musical seasons of Christmas and Epiphany, a hymntext by Benedictine Sister Genevieve Glen, BEHOLD, BEFORE OUR WONDERING EYES, utilizes a fairly pedestrian dorian chant tune by Barney Walker and Gael Berberick. However, it serves the adoration of the Holy Cross and the crucified Lord well and its stemless notation argues for its use in parishes whose aversion to Latin texts and chant needs remedying. “Attende Domine” only suffers from the lack of Latin verses. A new Lenten text by Bob Hurd, LED BY THE SPIRIT, set to “Kingsfold” I’ve found to be quite compelling, and who would argue with the stolid stature of “Kingsfold?” Speaking of Dr. Hurd, another Lenten work of his, OUT INTO THE WILDERNESS, ought to be considered for its trait of emulating primarily stepwise melodic motion found in one syllable-one neume chants. As in the Sullivan piece for Advent mentioned above, there is nothing rhythmically such as overly held note values, tessitura or syncopations that would put off a congregations’ interest. Even though I do not discount another of Hurd’s Lenten/Holy Week works, “O Sacred Head,” its melodic nature is suited more for the choir or soloist by contrast. An example by composer Rick Modlin represents the antithesis of using bricks versus plastic in his “HOLY, HOLY, HOLY CRY,” which represents the whole demographic shift of the Big Three publishers towards the Contemporary Catholic Music traits of heavily syncopated, stadium anthemic praise chorus songs that, I believe, were unveiled in full force back in Pittsburgh at the 1999 NPM Convention Expos. That benchmark gave space to the works of powerhouse inspirational song stylists such as Tom Booth, Matt Maher, Jaime Cortez and Sarah Hart who brought the real pop ethos into the over and misused term “SacroPop” into liturgy. A few pages later I can prove unflinchingly that it is much easier to teach “Regina Caeli” to 2nd graders than pieces such as “Your Grace is Enough.” Continuing into Eastertide, it still is a mystery to me why contemporary ensembles and musicians seem to have little interest in promoting direct chant/polyphony-inspired works such as “Ye sons and daughters” or “The strife is o’er” using their rhythm section based instrumental genre for accompaniment. This may seem anathema to many, but they translate easily to metered, strong beat interpretation, and thus point the way towards a congregation later acquiring the “real McCoy” into its stable repertoire. As I lamented M.D. Ridge’s decent Advent text being set to a puerile melody, she more than makes up for that with her wonderful “first person” resurrection text, THREE DAYS, set to the monumental “Thaxted.”

On another blog this week, I saw another “top ten hymns of all time” list, this one from a Protestant source. One of the picks was “Come Thou Font of Every Blessing.” However the author of the list didn’t specify the hymntune. Since we’ve broached the subject of Southern Harmony/shape note standards finding their way into the post conciliar hymnals, “Nettleton” is a particular favorite of mine along with “Detroit.” Christopher Idles’ 1982 text, GOD, WE PRAISE YOU, is a joy to sing with that tune.

At this point I’ve reached the end of the general and seasonal section of the hymnal. In part three, I’ll examine the larger body of musical adobe and abodes that are assigned according to liturgical actions and so-called themes such as “Comfort…..Social Justice……Praise….etc.