And for once an appropriate time for marching tunes and party music! Auburn University in Auburn, Alabama, won the national college football championship this evening. 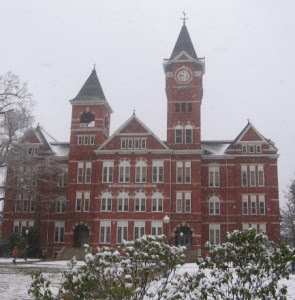 It doesn’t usually snow in Auburn, but it did this past weekend. Most of the town didn’t mind having to take a snow day, as everyone was preparing for the tonight’s game against the University of Oregon.

Auburn, for those of you who wonder what the connection is with the CMAA, lies smack-dab in the middle of the Bible Belt. It is just a charming town to live and work in: forward-looking, yet always grounded in gentility. A college town that loves its football team. The best of the old South thrives in Auburn, the city that hosts the CMAA programs office, and has one Catholic church – where the St. Cecilia Schola sings Gregorian and English propers weekly at the 7:45am Mass. If it can happen here, it can happen anywhere. 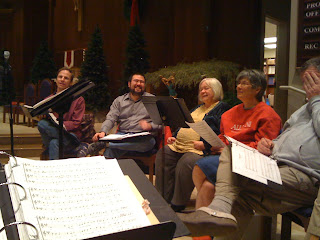 The Toomer’s Corner webcam affords a view of the twin, century-old oak trees which have celebrated Auburn’s spirit with countless thousands of revelers who have engaged in the long-standing tradition of “rolling Toomer’s Corner”, a celebration occurring after every significant Auburn sports victory.

Here’s a link to the webcam. Take a look at our fair city this evening and enjoy – revelry is expected until the wee hours.

And here is what things usually look like at Toomer’s Corner: 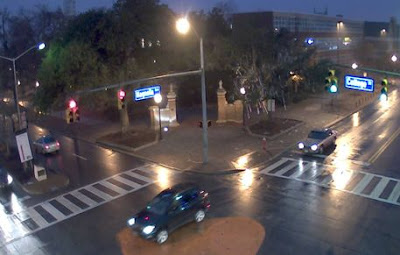 War Eagle! Now back to Psalm setting, program planning, and the rest of real life.

2 Replies to “The Secular and the Sacred in Alabama…”