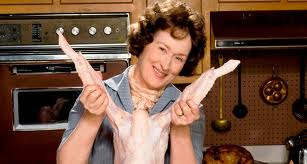 I thought I’d try a new strategy in modifying my writing style to be much more “Strunk and White,” as my graduate advisor always, yet vainly exhorted me to try. So, succinct and cogent are my goals here.

As Fr. Christopher Smith provided us all a template for one of the stipulated goals of the Holy Father’s Summorum Pontificum, just today Fr. Cody Unterseher provided the readership at PrayTell with the opportunity to state their positive vision as to what constitutes worthy worship at Mass.

Encountering the sacred; what you get is what you give…

We have synchronicity, at long last.

So I will just give bottom line reactions as a pragmatist first, philosopher second to Fr. Smith’s items.

“In this first stage, I see that there are many things that can be done now with no mixing of or change to the Ordinary and Extraordinary Forms of the Roman Rite as currently found in the liturgical books. I also envision some guidance from the Magisterium to point this mutual enrichment in the right direction so as to avoid arbitrariness and to give those priests who respond to the call to mutual enrichment support.”

An interesting observation in the PT article combox cited above, from Scott Pluff , might be appropriate here as a counter-preamble from PT:

“The best quality of architecture, art and environment that the community can muster. Great music, preaching and presiding can still limp in a church that looks and sounds like a 1970s living room.”﻿﻿

﻿﻿Well, one must admit that Fr. Smith’s first stage seems premised upon a “tabula rasa” platform, whereas Mr. Pluff does advance a frighteningly real, practical scenario. But now we press on. My remarks to select portions of Fr. Smith’s comments will be in “bleu italics,” as in “sacre bleu!”

– Bishops in Cathedrals and Pastors in their churches spontaneously adopting the ad orientem position at Mass as implicit in the OF after sustained catechesis of the faithful.
Not a problem for me, personally. But, it bypasses both the Benedictine arrangement and/or the altar crucifix adornment that could be said to be EF enrichments, but more in keeping with the notion of progressive solemnity, or “brick by brick.”

– Reconstruction of altar rails in churches and the spontaneous use of the communion rail as a place from which to distribute Holy Communion.
Problematic on multiple levels for likely many folks, not the least of which pastors burdened with “Mr. Pluff” Rambusch-like buildings, but with pastors who would have to present the simple realities of cost for design, fabrication and installation to even fiscally stable parishes in this era. I won’t restate the obvious about external attributes of mutual enrichment being sold, er….catechized among the laity who will foot the bills.

– Catechesis from the pulpit about the Church’s preference for Holy Communion on the tongue and under one species.
Not “going there” at odds with Fr. Smith on this one. I assume the presumption of the communion rail and a minimalist need for EMHC’s is concomitant here.

– Move towards singing the Ordinary of the Mass in Latin at OF Masses.
I think Fr. Smith likely would polish that a bit more, as technically a Latin Ordinary could be set to metrical styles such as, say “calypso” or “conjunto.” So, I presume the extraordinary efforts of many of our CMAA and religious ordered colleagues to finally provide “new, gregorian-inspired chant and actual psalm tone settings, even in a vernacular, pass his muster, depending upon local conditions and personnel.

– Priests, on their own, choosing the options of the OF which are analogous to the EF, and leaving aside those which are not. No comment due to no competence here. 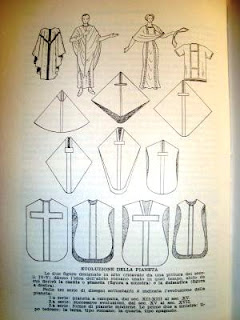 – The spontaneous and consistent use by the clergy of the maniple, biretta, amice.
Why does Fr. Smith add “spontaneous” to consistent as a criteria of enrichment? For many celebrants, donning a short sleeve BLACK clerical blouse with the collar piece before the alb, stole and chasuble is an austere act of obedience in their opinion. How about asking our clerics to don cassocks on Sundays as the “first stage” and be consistent with that under the local deans’ and bishops’ supervision?

– Singing of the Propers according to the Graduale Romanum at Sung Masses.
B-I-N-G-O! But pastors and musicians must also be totally familiar with the hierarchy of musical disciplines, and take great care in their introduction and consistent usage in the clearly stated goals of Tra le sollecitudini” and all subsequent authoritative documents that clearly define the singing roles of congregations, cantors/psalmists, celebrants and scholas/choirs.

– Enforcement of the ecclesiastical discipline on extraordinary ministers of Holy Communion.
No problem here, theoretically. But we’re going to need a lot of permanent deacons ordained in a couple of decades to be consistent with this demand and the other enrichments Father states above.

I’m sure much of this is a rehash of the many combox reflections in Fr. Smith’s original post. But I offer my practical “take” here on these specific, initial items. End of this commentary of Fr. Smith’s prescriptions, part one.