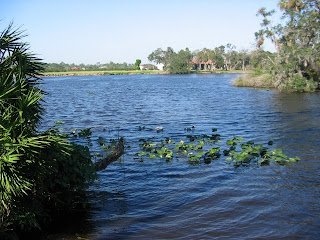 In a topic thread over at MusicaSacraForum, “What did you sing/hear on Ash Wednesday,” it appears that within our own fairly insular community the “Pair o’ dimes” (chant and solemnity) continue to roll with ever-increasing momentum. From Portugal, Wisconsin, Wyoming, Dallas, Tucson, South Carolina, Ohio, Pittsburgh, St. Louis, Australia, and many more locales, the shift is afoot and evident to me as never before. The orders of music indicate clearly that the efforts of CMAA and other such advocates have taken root, evidenced by citations of authorship in which, beyond the GR/GS standards, the works of Rice, Ostrowski, OostZinner, Bartlett, Weber, Page, Ford(s), Koerber are more frequently listed than those of Haas, Haugen, Farrell, Inwood and Walker. Add, of course, the great corpus of works by composers of antiquity also listed on these ordos for a weekday, non-obligatory Mass, and there’s a lot to read in those tea leaves. And I think this turn is likely best signified by the implied acceptance and participation of the faithful PIPs whose wagons are hitched to our own.

In this article I’d like to share my impressions of the pulse of my parish liturgies at this moment. As the DM, my reflection is surely biased, and I’m sure there’s folks here in our neck o’ the woods who’d just as soon panhandle me all the way to Oklahoma, but I’m optimistic of late. Optimism hasn’t ever suited me well, very little suits me well lately, but I digress. I always enjoy being a cheery sort of fellowe, but I’m feeling, well…hope-filled and optimistic!

As I mentioned, in our CenCA parish, I lead the music for our parochial school. On AW, for the second year, the school students and community, along with a goodly number of parishioners in attendance, sang and chanted all selections without accompaniment. Our Friday school liturgies certainly don’t aspire to the Cathedral School of the Madleine in SLC, Utah, but they’re done well by all, the repertoire isn’t narrow nor dumbed down. I make specific and strategic lesson plans that provide kids with a demonstrable understanding of the form and performance of chant as well as hymnody and song. But on AW I led from an ambo on the Epistle side rather than from my usual station in the music transept area. So, I could really see and hear the effect of a capella singing from all, especially the kids. Our pastor and principal vicar do chant their orations, and the kids are prepared to respond enthusiastically. So, should the celebrant or I sing a “curveball” of a simple Kyrie, no one’s thrown for a loop and what is presented to them is sung back naturally and with confidence.

And this was the “affect” of our AW “school Mass,” no matter whether what was being sung was Bob Hurd’s quite chantable “Out into the wilderness” or “Stabat Mater” which the kids would again sing in Latin for stations the following Friday. I think the view meter on my optimism began to approach the red zone when I taught the kids the new ICEL Gloria in English, and we employed it (shhh) on a feast day of a martyred saint.

Then, for a check of cognition, I had them read the corresponding Gloria in Latin from the Parish Book of Chant, and light bulbs appeared over all their heads, in each of the grades!

Now, I’d like to share with you how I’m reading the pulse of the parish at large after First Sunday, Lent. Unlike AW’s Mass, we weren’t going to sing a capella at either the schola or the ensemble Masses. However, I’d informed those choirs and the rest of music ministry leadership among our three parishes that Masses at which I direct music, the use of the PA system and any amplification (save that of the Rodgers organ) would be dismissed for the season. I didn’t mandate that for the other leaders and their choirs, I just begged their awareness of considering some sort of demonstrable “fast” for their operations during Lent.

Wendy had taken it upon herself, chant intensive veteran she now is, to teach and lead the schola with Mass XVII ordinary movements. I hardly ever “rehearse” a congregation on anything, but yesterday begged their indulgence to learn and respond with the “eleison” portion of the Kyrie. And, even though we normally sing Kyrie VIII through the year, it’s always been accompanied by the organ. Well, XVII is being chanted, period.

And it CAME TO PASS (that’s my Charleton Heston cybervoice.) When Wendy intoned the responsorial from Alstott’s R&A, we established its tempo to move more fluidly than the “okay” stoic 4/4 it’s set as. That worked nicely as well. And then, ahem, after the Epistle, as the celebrant stood, the people followed, yours truly chanted Aristotle Esquerra’s vernacular (based upon Qui habitat) tract as the deacon moved to the Altar, possessed the Book of the Gospels and processed to the ambo. B’bye to 1-1-2-2-3-3-3….2-2-3-2-1-1………….forevah, and evah….oh wait, it’s still Lent.

I won’t bore you, dear reader (should you’ve stayed with me thus far,) with more detail. The Sanctus and Agnus of XVII was heaven on earth. Next week we help the PIPs with “Miserere nobis.” We sang Rice’s SCG homophonic “Man does not eat upon bread alone” and “Attende Domine” during Communion, and concluded this Mass’s singing with a lovely arrangement of “Jesus Walked This Lonesome Valley.” Trust me, it worked fine. And after the chanted “ite Missa est” our vicar recessed down the center aisle to absolute, reverent silence. It was the loudest silence I’d ever heard in 17 plus years here. And no one scurried, yakked, bustled as soon as the processional cross and entourage passed them by. Something had happened, I thought as we all stood there in this magnificent silence.

Later in the day we held the Rite of Election for our deanery. We don’t bring out the special forces like we used to for this, just Wendy, our organist and myself. But with all of the catechumens and candidates, sponsors and others from two counties, the normal “catholic” buzz of white noise conversations hummed for twenty minutes prior. That is until I started chanting Bruce Ford’s TAG Introit, “He shall call upon me” (Invocabit me, Mode 8.) Again, I cannot recall that a disparate congregation has ever suddenly ceased and desisted their concerns so noticeably before, and took in the chanting with a respectful silence. The rest of the Rite was pro forma (Kingsfold Entrance…etc. psalm, a setting of the Lenten G.A. I composed, no dismissal music.

But I’m feeling very 7Up this morning. Hope you all are as well.

And may our prayers sung to the heights of heaven for the Japanese people struggling to hold onto their lives and well being, and for those souls who have passed through the veil to eternity, reach the ears of our God, our Creator and Father, who is all knowing, all mercy and is Love, through Christ our Lord, amen.

5 Replies to “The Tides”