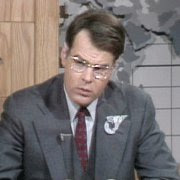 As I’m having difficulty posting commentary beyond ten words in our own comboxes here of late, I thought that it might be worth noting the loyal opposition’s stance, in their own words abetted by a USCCB official, regarding the interpretation and translation of “cantus” apropos of Jeffrey’s two prior articles here.
Note- all font adjustments/colors are mine.
(Warming up my Johnny Mathis croon, to deflect any possible contentiousness towards meself)
chances are that despite a few entreaties by TF here and JH over at PTB, and a sort of companion “I see both sides of the issue” take offered at PT by Dr. Paul Ford, the POV of PTB won’t see much light of day in certain quarters. Hence I provide a snippet of Frere Ruff’s article from his own site, the article title: “No.Big.Deal.”

What is a cantus? Literally, as the past participle of canere, it is anything which is sung. How do you translate cantus in this context – “hymn,” “song,” “piece”? All could be defended. The tendency now, as we know, is to use Latinate cognates, as in the English word “chant” which derives from “cantus.” (Think calix, “chalice.”) But whatever translation you use, it still means “the piece which is sung.” And that could be “Ad te levavi,” or it could be “O Come, O Come, Emmanuel.”
I just emailed Fr. Rick Hilgartner at the Bishops’ Committee for Divine Worship about this. My question and his response:
AWR: Rick, does the fourth option for the entrance chant in GIRM 48 still refer to an appropriate hymn or song chosen by local liturgical planners?
RH:Yes.
Fr. Hilgartner also noted that, in his understanding, the paragraph is about the text to be sung, not the musical form it takes. The point is that the prescribed antiphons can, and perhaps should, influence the choice of hymnody. An example (from him) is using the hymn “The King of Love My Shepherd Is” if the entrance antiphon is from Psalm 23.
My advice to would-be interpreters: First, check out all the ways cantus has been used in the papal documents of the 20th century on sacred music, especially to refer to popular congregational songs of various nations and peoples. Second, check out the history of indults allowing such songs to replace Latin propers, how this made its way into Musicam sacram no. 32 (“The custom…widely confirmed by indults, of substituting other songs for the songs in the Graduale…”,) and how this prehistory informs GIRM 48.
awr

So, now that I, your helpful member of the kitchen cabinet of liturgy, have cross-fertilized the conversations (or in the vernacular, “stunk up the joint!) do carry on with deliberations.
I hope we can avoid using words like “fraud” without quotation marks in these talks.