It is customary in music to speak of the three B’s—-Bach, Beethoven, and Brahms. All of these composers have given us inexhaustible works of art; even so, I would like to propose that we add a fourth to this list: William Byrd. What a group! Move over, Mount Rushmore. 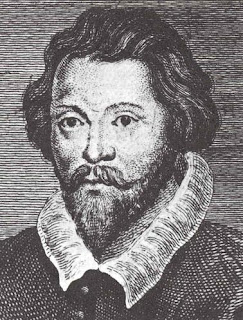 There is so much that makes Byrd a singularly great composer, not the least of which is his melodic and rhythmical agility. There is a lot of both in this gem of a motet, Visita Quaesumus, the Collect for Compline. I have to confess that I haven’t been able to figure out why Byrd wrote this text polyphonically. Presumably it couldn’t be done in liturgical context this way. If there is another place where this text appears, I’m unaware of it. Or perhaps it’s a Sarum thing.
In any case, I’ve managed to find an appropriate use for it. Given the peculiar challenges of finding motets for the “Green Sundays” of the year, I scour all of the liturgical texts. One can of course make use of a polyphonic proper, but beyond this it can sometimes be difficult to find something specific for the day, which is hardly necessary all the time but desirable nonetheless. When I was planning the music for October, I read the Collect for the 21st Sunday after Pentecost (which was today in the 1962 Roman Missal):
O Lord, we beseech Thee to keep Thy household in continual godliness: that through Thy protection it may be free from all adversaries, and devotedly given to serve thee in good works, to the glory of Thy Name. Through our Lord, etc.
I immediately thought of the Visita Quaesumus:
Visit, we beseech Thee, O Lord, this dwelling, and drive far from it all snares of the enemy: let Thy holy Angels dwell herein, to keep us in peace: and let Thy blessing be always upon us. Through Christ our Lord. Amen.
Originally set for soprano, alto, and two tenors, I lowered the piece to F major so that it could be done, with some adjustments, by a standard SATB ensemble. It’s not an easy piece, but it’s worth however much time it takes to put it together. I could envision this text being used not only for this particular Sunday but also when the Gospel story of driving the money changers from the Temple is read, or at the Dedication of a Church or its anniversary, or even at a house blessing, if such things are still done, which would recall the domestic setting in which Byrd’s Catholic works were sung.

I wonder what was going through Byrd’s mind when he wrote this motet. Scholars have commented that his works often had “double meanings” owing to the religious persecution going on in England in his time. If memory serves, Vigilate is given as an example. It seems the text of Visita Quaesumus would also be well-suited for such a treatment, Byrd’s relative legal immunity notwithstanding.