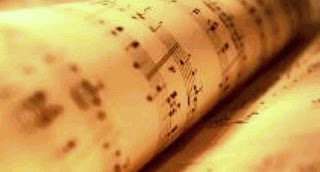 Many pastors I know are extremely frustrated by the lack of singing talent in their parishes. They have high ambitions to sing the propers, to revive polyphony, to have authentic Gregorian chant. They want to have this weekly, not just on special occasions. They want to be part of the answer and not perpetuate the existing problem.

But they are stymied because of a lack of willing talent in the parish. Both “willing” and “talented” are important here. There are often singers in the parish who are unwilling to commit to weekly rehearsals plus showing up consistently for Mass at a certain hour. Most Catholics like to choose week-to-week which Mass they will attend. Committing to a choir means restricting that life choice.

The Baptist church I grew up in had a culture of singing. Anyone who could do it absolutely did do it. They considered it their vocation, their contribution to the life of the religious community. My church I grew up in had only 500 families but we had 40-plus people in the choir. It was just something that musicians did. There were more musicians then and they were all committed.

That is no longer true in the Catholic Church — if it ever was true. I received notes often from singers in my own parish who say how much they love what our schola does but then apologize for not joining. There are always good reasons: kids, rides, school, work. They are all valid but they come down to the fact that they are unwilling to make parish music a priority. They have decided to be consumers rather than producers.

Then there is the problem of real talent. Actual music readers are ever rarer these days. Good voices that hit the notes and don’t draw attention to their own glories are rarer still. It takes time to develop such skills. Singing without accompaniment is harder than it might seem. Sometimes you can have a seemingly great singer who turns helpless without accompaniment and microphones. People who can handle the task of starting a Sanctus without any cues, breaking the sacred silence with confidence and without error, are hard to find.

Making matters more complicated, choral music requires four parts at least: soprano, alto, tenor, and bass. What are the chances that four such strong voices exist in every parish? They are extremely small actually. Priests are often confused why their music programs are so bad and do not seem to improve but they haven’t thought through all these factors. You need four strong singers who are committed. If you do not have that, you will not have a consistent provision of liturgical music. That’s just the way it is.

One answer is recorded music. But that is prohibited by Church legislation. The Church seems to expect that all music in each parish be produced entirely within the parish. By tradition, this is mostly done by unpaid volunteers.

I would submit that this is the real core of the problem. People with this skill set are not willing to sing consistently without any pay whatsoever. They might do so for a while but they burn out, feel used, and eventually give up. It is all the more annoying that the priest and others look down on them when they throw in the towel, completely forgetting about the countless hours they have spent in the past without pay.

If you talk to any professional or just experienced music who knows the world of churches, you will find one consistent complaint about the Catholic Church: it does not pay its musicians. Parishes will sometimes pay an organist (not often a full-time salary) and sometimes pay a nominal fee to a director of music (many parishes even expect this to be done by volunteers). But very few pay singers.

I’m not arguing the point on grounds of social justice. I’m not carrying water for the hoards of musicians out there who imagine that they are constantly wronged by a world that doesn’t fully appreciate their greatness. My point is purely practical. If you want a good choir with members that are genuinely committed, and you want cantors who can substitute for each other and are willing to change their plans to come to sing, the parish has to start paying singers.

It is not necessary to pay ever singer. What every choir needs — and here I’m only reporting what every musician knows but very few priests understand — is four solid singers who can lead each sector. These solid singers are called “ringers” or just “section leaders.”

These people also make good solo cantors. These can lead the other singers. This doesn’t mean getting rid of volunteers. The amateurs can be great. In fact, I’m constantly amazed at how good non-readers are at mimicking the sound of those they stand next to. They can’t sing a note alone but sound great as part of a section. They desperately need strong singers around them to give lift to their talents.

How does this work in practice? Let’s get down to specifics. The parish should employ four singers to play this role, chosen mostly by the director. Each singer can be paid $50 per Mass plus rehearsal once per week. This is terrible pay, to be sure. But it takes the sting out the time commitment. It makes people feel valued. It allows the parish to expect things from the singer. Everyone is happy. The music problem goes away — or perhaps the biggest problems in the music area go away.

Look at the overall expense. We are talking about $200 per week for a total of $10,400 per year plus special Masses. In total, a great program can cost a parish $12,000-$15,000 per year. Keep in mind: this is the difference between a program that is unstable and mostly bad to one that is excellent and consistent. The singers themselves can be asked to cantor other Masses. They can serve to train the volunteers to become better become cantors too. (Ideally, we would double those numbers but I’m just using these as an example.)

And, by the way, the payments do not have to be open and known to all people. There is nothing wrong with using discretion in this regard. One might think that jealousies would quickly appear but that is not the case. The weaker singers sincerely appreciate having better singers around. If the weaker singers discover that the stronger ones are paid, it is not a problem. I’ve known many cases where a mix of paid and unpaid is perfectly peaceful, with no jealousies.

Here is an issue: what if the paid singers are not Catholic? What if they are students at the local university with no preexisting interest in liturgy? Let’s face it: this is more-than-likely going to be the case. Think of it as an opportunity for evangelization in two directions: the non-Catholic gains exposure to the faith and the Catholics gain exposure to good musicians. This is a win/win situation for everyone.

As for the choir not being a priority, I’m always impressed how a small and even token payment can cause a complete rearrangement of priorities.

I’ve gone into such detail here mainly because pastors are rarely if ever told these things in seminary. They too often fear the music issue. They are annoyed by the whining and the demands from musicians. And sometimes it seems like no matter how much money they spend on materials, the music never improves. Eventually they reconcile themselves to mediocrity.

It doesn’t have to be this way. Paid ringers can make the difference. It runs against the practice is most American parishes but this needs to change if we are going to get serious about music again.

One Reply to “How to Have a Good and Stable Choir”