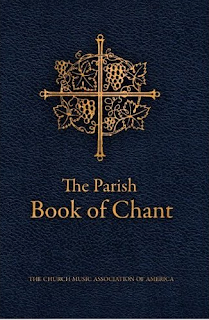 Sing a Te Deum, goes the expression you sometimes hear in the Catholic world. Just one thing: one hardly ever hears a Te Deum. I’ve heard it probably six times in real life but that’s because I attend Catholic music events that actually teach this music and encourage people to sing it. But the people singing are experiencing it for the first time. Most Catholics have no idea what a Te Deum sounds like.

There is a huge body of work out there which we can call the Gregorian hymn. No, these were not written by St. Gregory the Great. But they are part of the spirit of the tradition of Gregorian chant: vigorous and evocative music on one note that are structured to convey the truths of the scripture and the Catholic faith.

These tunes are not part of the Mass liturgy proper in the sense that they are not usually drawn from the text of the liturgy itself (which is to say they are not part of the ordinary or the propers of the Mass). Many of them are taken from the Divine Office, which, believe it or not, was a common liturgical experience for Catholic in the middle ages. These days most all Catholics experience the Mass only so many of the forms of singing that began with the Office gradually moved over to become occasional music for Mass. Others pieces might have served particular purposes in Mass and then entered into general use. Still others are just pretty pieces. Solesmes has called these pieces Gregorian melodies. They are the people’s music.

After World War II, with the chant tradition in serious decline, some publishers worked to salvage what they could of the chant tradition and settled on these pieces on a way to preserve and inspire. They put out books with this music. It was a noble effort. But of course it failed. After the Second Vatican Council, there was a widespread perception that lasted for 40 years that anything in Latin was outmoded and therefore discouraged and therefore not to be used at all. It was not suitable to the new age of vernacular.

That situated persisted. The books went out of print. The chant conferences ended. No one really cared anymore. There were some pockets of exceptions, a few Latin Masses here and there. But for the mainstream of Catholic life, there was virtually no circulation of this music, editions of this music with English translations, instructions on how to sing, and even the ability to read the notes nearly vanished.

A book that attempted to bring it all back, and also provide other music for the people from the Mass itself (Kyrie, Gloria, Sanctus, Agnus) was the Parish Book of Chant. It was published by the Church Music Association of America. It was the largest collection of Gregorian hymns published in the post-Council period and probably ever, and it included enough actual service music to be a great book for the pews too. Well, it was published by an organization with no money at all and no staff, and done on the fly, just because no one else seemed to be doing.

It seems incredible to me that this was only 5 years ago. Most of the growth of the Gregorian chant movement has occurred since that time. This has been an essential resource, the basis of so much else. Since that time the CMAA has published new books of scholarship, English propers, Pslamody, choral propers, and so much else. Looking back at it, I suspect that I too had begun to feel that this book was less necessary. I became newly convicted of the new for sung propers and ordinary in the Mass, and was drawn to a more strict rendering of the liturgical text that had been entirely dropped. It became unclear to me (or at least less clear) what the role of this popular chant really was in Catholic life.

But then several strange things happened. After several printings and a total distribution of about 12,000, the Parish Book of Chant fell out of print. Richard Rice began to work on a much-expanded edition. The prices of used copies on Amazon began to soar to as much as $100 and more. Then I was teaching at a conference on chant, with an intention to focus on propers, and someone had a copy with her. I asked to borrow and flipped through the pages. It was love all over again. I love these songs. They so beautiful and so accessible, truly the people’s music. I realized all over again that this is a dazzling collection.

It wasn’t long before Richard finished his second edition. He chose to put in the full verses to the hymns. He added the Sequences. He added the full Requiem Mass. He included the fully 18 Mass settings from the Gregorian Kyriale. The edition included even the five communion chants that are commonly used in the ordinary form. It keep the full ordo for the extraordinary and ordinary forms of Mass, plus much else. The entire book came in at 325 pages. I worried about the thickness so we thinned out the paper to make it easier to handle. Then we changed the cover and added two pretty ribbons. Truly, this is the  book that it should have been all along.

So who is using this book? Well, the natural market is the new scholars that have been formed over the last few years. They need to begin singing the parts of the Mass and this is a great resource for that. In addition, new scholas need to revive the Gregorian tradition of hymnody. The addition of the Requiem Mass is a brilliant stroke since this is a good place for parish scholas to sing in the early stages. The end result is absolutely spectacular in every way.

In addition, every period in history must absolutely have a book like this in print. This is the only one today. It is not an official book of the liturgy but it can and does play an essential role. In the perfect world, it would be in the pews in every parish. Also, for a parish that uses both forms of Mass, this is the only book to include both in an easy-to-use format for the pew.

Must this tradition of singing be kept alive and must it thrive? Absolutely it must. But it cannot happen unless there are beautiful resources — with English translations — to make it happen. This is the might contribution of this book. It is newly available on Amazon. Look for the Parish Book of Chant with the blue cover. And let’s sing and sing to the glory of God, together as a Catholic people.