The countdown to the registration deadline has begun for “The Renewal of Sacred Music and the Liturgy in the Catholic Church: Movements Old and New,” a conference hosted by the CMAA in Saint Paul October 13-15, 2013.

Familiar faces like Jeffrey Tucker, Horst Buchholz and Cecilia Nam, Bill Mahrt, Michael O’Connor, Susan Treacy, Ed Schaefer, and yours truly will be there; and many excellent performers and scholars new to the CMAA will make for a great line-up!

This conference is a great opportunity to get away before the hubbub of preparing for Advent and Christmas begins, as well as an excellent immersion in the life of St. Agnes Parish, Msgr. Schuler’s home for decades, and home to the well-known and loved Twin Cities Catholic Chorale.

In addition to all the concerts and presentations, we’ll have wonderful opportunities for fellowship over meals, as well as the chance to tour Msgr. Schuler’s personal archives, as well as the archives of St. Agnes and the Cathedral of Saint Paul.

The deadline is next Friday, September 13th!
From the website:

The conference seeks to explore, through critical analysis, former and present efforts to revive the Church’s sacred liturgy and music, particularly as exemplified by Msgr. Schuler’s work. Questions central to the conference theme include:

– Which efforts have resulted in a true restoration of the Church’s liturgy and sacred music?

– Upon which principles has authentic liturgical and musical renewal operated in the past?

– Which reform actions have had deleterious effects on sacred music and the liturgy?

Here are just some of the paper topics and recitals lined up for the conference: 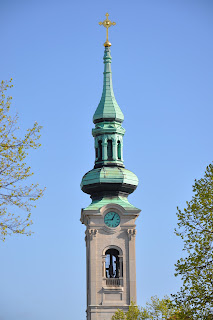 The conference will include the celebration of vespers (featuring Mozart’s Vesperae Solennes de Confessore) and Missae Cantatae at the Cathedral of Saint Paul and Church of Saint Agnes, featuring an orchestral Mass (Paukenmesse by Franz Joseph Haydn), classical works for organ, chanted Gregorian propers, and a modern polyphonic setting of the Mass ordinary (Messe Salve Reginaby Yves Castagnet).
We hope to see you there in October!
www.musicasacra.com/st-agnes