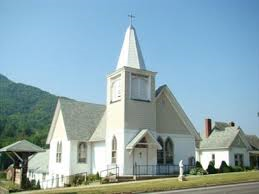 Last Sunday I was in the mountains of North Carolina, Ashe County to be precise.  The Catholic church in Jefferson was founded in 1963.  When I was in this county as a child, there weren’t any Catholics. 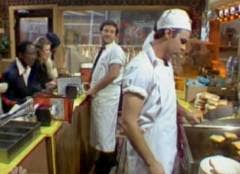 The population was, to paraphrase John Belushi, Baptist, Baptist, Baptist, Methodist.  Well, times have changed.  There has been an influx of both Anglo and Hispanic Catholics.  And St. Francis of Assisi is the result.

It’s a small church building that runs down a hillside with a fellowship hall, etc.  (My bet is that it was probably Presbyterian before because of the neat little cup holders on the pew backs.)  The choir had three members – 2 male, 1 female.  The organist labored mightily.  The missalette was Celebramos, but the hymns were quite traditional.  The Mass setting was unknown to me, but clearly known to everyone else.  The priest was young and orthodox. And they had a splendid wooden crucifix over the altar.

EVERYONE SANG!  All ages, all sorts and conditions of men (and women, of course) sang the hymns and responses – maybe with more enthusiasm than accuracy, but with great spirit.  The parish is getting ready for an anniversary celebration-potluck.  They had raised the funds for a cochlear implant for a child in the parish.  And they’re fund-raising for stained glass windows. They re-roofed the bell tower and now they’re starting on the main building, which they will do themselves. There was a spirit and warmth in that place.  (And no, you can relax, I won’t start singing “There’s a sweet sweet spirit in this place.”)

My experience as a wandering Catholic with a musical background is that small parishes are best.  Small buildings let each person know that his/her contribution to the worship is important.  Was the liturgy a splendid array of chant and polyphony?  No, but it was splendid in its humility.