Today marks the 7th anniversary of the promulgation of Summorum Pontificum, which gave priests and faithful wider access to Mass celebrated according to the 1962 Missal.

Unfortunately, today in some circles will mark a renewal in the kind of complaining I saw recently on a usually very good blog, which was lamenting the loss of Pope Emeritus Benedict, in a most un-Benedictinelike spirit of grumbling. Some people do seem to be complaining quite a lot that we don’t have the Holy Father to whom we had become, quite reasonably, attached.

I have two responses to this grumbling. First, people would to well to honor the Pope Emeritus by following his example of joyful obedience. The Church is always more than one man, thank God. It has room for each of us, thank God, and for Paul and Apollos and Cephas as leaders.

When the temptation to grumble comes, it might be good to ask: what would the Emeritus himself do? What would he say? 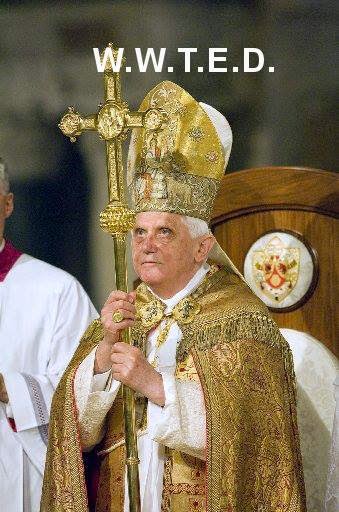 Secondly, it helps to remember that the reign of Pope Benedict XVI was a historical anomaly. Nobody ever gets Pope Benedict XVI. We did. We had him for years and years. No one ever gets a Holy Father who is a patristic, biblical and liturgical scholar, with the depth of knowledge of the Church’s needs that can only come from heading the CDF for decades, who asked Santa Claus for a book of liturgical commentary at the age of seven, who made courageous and difficult decisions throughout his career, who is a teacher by nature, and a musician, whose reflective personal style is almost itself liturgical, and whose every word and action reflect the fidelity of a disciple. No one since probably the year 604 has ever had this kind of Holy Father–and we had him for years.

Decades from now, when the elderly Ben Yanke is tenderly sending off his 45th great-grandchild to schola for the first time, he or she will ask, “Great-grandpop, do you remember what Pope Benedict was like?” And Ben will be able to say yes, and he will tell the child the story of Summorum Pontificum, and once again from his heart say, like so many do today, Thank You, dear Holy Father.