Over at MSF I’ve reported that our parish quietly heard its first EF (Low) Mass via a funeral request. That was effected by a former vicar who’s now the pastor of a parish in a neighboring town who offers the EF every Thursday evening. I went to join a friend in the loft for the chanted hymns for the second time last evening. I’ll revist how this figures into the article in a while.

After returning from Mass and having dinner, we decided to “rent” a movie from UVerse and this week’s releases included “Divergent” and “God is Not Dead.” Having tried to view the first “Hunger Games” installment years ago, I realize I don’t really do dystopia in this era. Once you’ve survived “Blade Runner” and “Twelve Monkeys” you’ve pretty much seen the best of that genre of film making. But the other night’s choice, “God is Not Dead,” is clearly from the “faith-based” production school that is slowly upping its game. Earlier this summer we took in a film about a young Christian teen breaking away from the plans her Contemporary Christian Music star father had laid out for her, and that film was, predictably, so two dimensional it almost qualified for a Flat Earth Society award. So, watching another film of that genre is a bit of a gamble, not so much with budget, but with time.

I’m happy to report that “God is Not Dead,” though certainly flawed here and there, is a very worthwhile endeavor. It’s not “The Passion” or “Babette’s Feast” but it had just as much content and interest as did the blockbuster “Noah.” Set in a bucolic elite college, it weaves the stories of a young Christian student at the beginning of semester having to decide to enroll in a philosophy course so as not to get off-track with his accumulation of credits for graduation. He’s warned by a fellow student that this particular course is instructed by a professor somewhere to the right of Emperor Nero and will likely become Christian fodder with the negative grade as the bow on the top. The Christian commits to sticking it out.

At the first class the professor (Kevin Sorbo, a former TV “Hercules“) somewhat startles his 80 students by demanding they expedite the process of acquiring the wisdom of Nietzche and Hume et al by writing a simple contract stating “God is dead” and signing it. Anyone unwilling to do so, he warns, will be the object of some ugly academic sausage making. Well, you can figure the rest. The Christian kid cannot and will not betray his convictions, and the professor lays out for him the consequences. Woven into the fabric of the story line are characters like the student’s Christian girl-friend who abandons him because his decision contradicts her “plans” for both of them, a student from China fascinated with his first encounter with the conflict of faith at odds with reason, a Muslim student who struggles with her father’s strict adherence to orthodox Islam, and the professor’s live-in girl friend, who is a repressed Christian resigned to leaving her faith at the front door. Long story short, the student’s exegetical response to the professor’s suppression is compelling stuff, but not stiffly delivered or didactic at all.

As the Cafe is about both chant and life, I offer these reflections: 1. We are dismissed from each Mass with the admonition to “serve” God in the interim between that moment and the next we gather for Mass; 2. If there was a movie titled “Chant is Not Dead,” how would that story line best be told?

Yesterday before leaving the office, I scoured the MS website for pre-conciliar daily Missals without finding a usable source to prepare for the EF Mass. But before leaving I also searched my library and found a 1951 St. Joseph’s Missal. I felt so “Eureka!” and stuck it in my bag with the GS and PBC. As I said over at MSF, most of my EF experiences have been of the Missa Solemnis or Requiem rites. So, last evening, going through the Low Mass with the old Missal I realized the experience was yet another unveiling to my almost child-like visceral response to each EF Mass I hear and sing. I am God’s child, I am learning the faith of all time in a manner not unlike children in the First Grade with “My Little Red Book” of stories (“See Jane run. See Spot run after Jane.”) 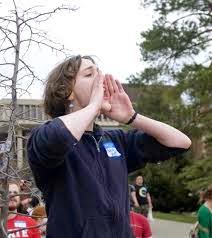 To wrap up this little soliloquy- from reflecting upon both “events” last night it occurs to me that we all could probably risk a lot more in the public square to witness to Christ, His Gospel and Kingship over our lives. That shouldn’t be news to any readers here, nor am I suggesting any deficiencies in doing so among us. But yesterday’s gospel in the EF (from Matthew, I think) mentions that if we’re more concerned about our “rainment,” we need to consider the lilies, not even Solomon in all his glory was so adorned.” And as regards “Chant is Not Dead,” I’m mulling over (I’m an idea guy, and a bit of an anarchist) about how we locally could do things like “chant flash mobs?” Maybe at the next season of the symphony in the theatre during admission. Maybe at the St. Paddy’s Parade. Or like a few of us did at Indy before dinner at Buca de Beppo’s (fabulous) restaurant, chanting the blessing before the meal.

Pope Saint John Paul II almost hammered this scripture into the collective catholic conscience in so many addresses- “Be not afraid.” In these troubled times perhaps we should amplify that by capitalizing the “e” as well, BE not afraid. It is an awesome joy to chant our praise and prayer to God. We should share it not only in our parishes but, just maybe, in our daily lives….somehow.