This morning, 12 Dominican friars are professing their final vows, “unto death,” in Washington, DC. The Eastern Province of St. Joseph Dominican Fathers and Brothers have experienced an extraordinary vocations boom in the last decade and more now, resulting in enormous numbers of vowed Religious men serving the Church in many important ways, from campus ministry to parish pastoring and staffing to hospital chaplaincy to higher philosophical and theological education. 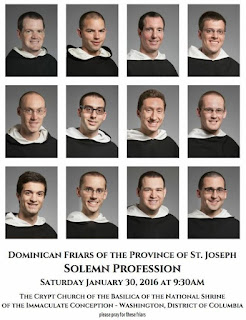 This year marks the 800th anniversary of the Dominicans, a worldwide celebration of the Order founded by St. Dominic “to praise, to bless, to preach.” 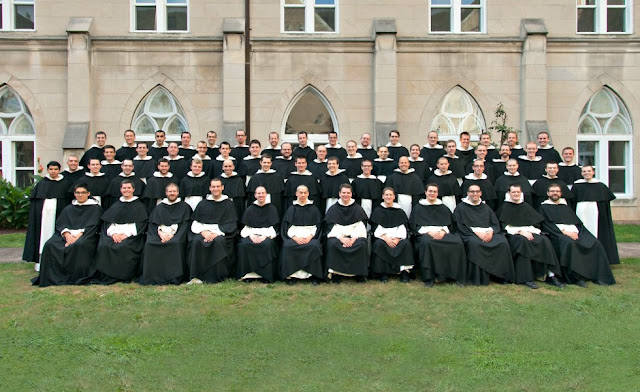 A vocation boom is certainly a blessing, but it is also expensive, as the many friars in formation are supported and educated. Among the creative ways the friars have developed to finance their vocation explosion is by publishing CDs of chant and polyphony. Friars joining the Order often have musical skills already, and these are honed in the rich liturgical life they experience as they move toward profession and ordination.

The friars’ latest CD is called Gaudeamus and was recorded at the Franciscan Monastery of the Holy Land, not far from their House of Studies in the area of Washington affectionately called “Little Rome,” due to the many seminaries and religious houses in the area. The Monastery’s church has wonderful acoustics. 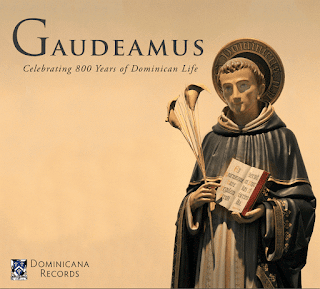 The CD comes with a beautiful libretto, and is of a generous length of 24 tracks. It contains five new compositions written by the friars in addition to Dominican chants that have been composed throughout the Order’s history, and other truly sacred music. Details and purchase options, including Mp3, may be found here.