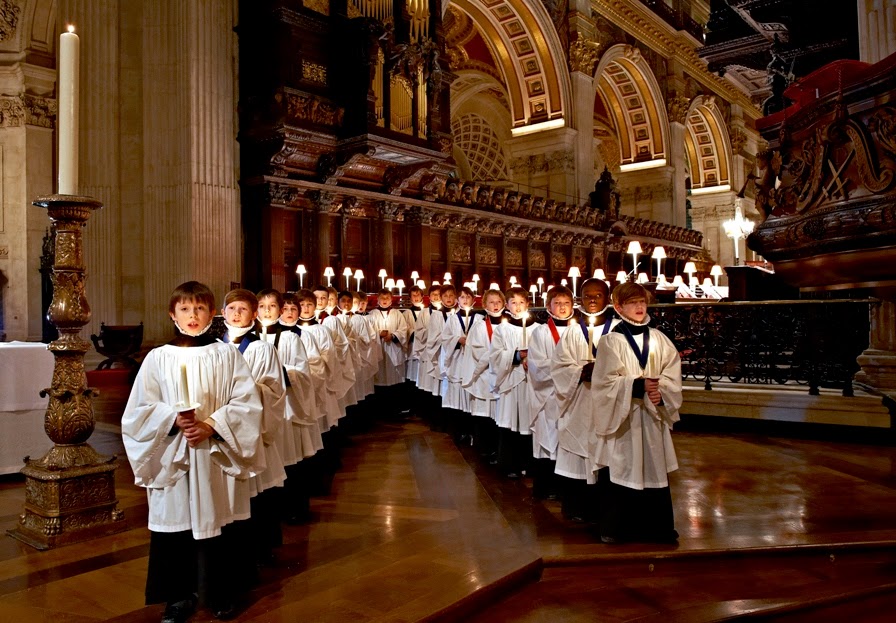 The St. Paul’s Cathedral Choir (London, U.K.) will be making a major tour through eight cities in the U.S. during the month of April 2015.

There has been a choir at St Paul’s Cathedral since 1127. Thirty boy choristers and twelve vicars choral provide music for eight sung services a week with regular recordings and broadcasts. The choir is regarded as one of the best in the world and regularly leads services of British national importance from State occasions such as the Diamond Jubilee of Her Majesty Queen Elizabeth The Queen to the funeral of Baroness Thatcher.

For many years St Paul’s Cathedral has held a close relationship with the USA. It is home to the American Memorial Chapel and hosts the annual Thanksgiving Service for the American Community in London. Indeed it was the first British cathedral choir ever to visit the United States (in the year of The Queen’s coronation, 1953).

This tour will be the choir’s first visit to the USA in twelve years and marks the first of three visits over the next 6 years. The choir is active in communicating updates on its work. You can follow their progress via the following channels:

Twitter: https://twitter.com/StPaulsChoir@StPaulsChoir #USA2015
Facebook: https://www.facebook.com/StPaulsCathedralChoir
Web: www.stpauls.co.uk/worship-music/music/usa-tour-2015
Blog: https://stpaulscathedralchoir.wordpress.com/
In case you want a preview, they will be broadcasting live over the internet on 4th Februaryvia BBC Radio 3. Mark your calendars so you don’t miss these wonderful concerts!

You can download the brochure about the tour here.