The USCCB Committee on Doctrine has offered some help in evaluating hymn lyrics for use in Catholic worship. The paper, “Catholic Hymnody at the Service of the Church” (PDF), lists several kinds of deficiencies that are apparent in the texts of some songs, and gives examples from a few hymns selected out of the 1000 that the committee’s members read.

The bishops’ work takes its model from a 1997 project in which an ad hoc committee led by Abp. Daniel Buechlein examined catechetical materials and described ways in which they were presenting the Catholic faith in a vague, imbalanced, or misleading way. Following the example of that report, the Committee on Doctrine listed these weaknesses in hymns:

Here are some ways that texts fall short in these areas:

In regard to eucharistic doctrine, the area which the report says had the most common and most serious deficiencies, the report also listed examples of hymns that avoided such errors. While some of them have their own weaknesses of text or music, I’m pleased to see that the committee was in effect confirming among them that the Church’s heritage of Latin hymns is suitable for mainstream parish use:

Thanks to the Committee on Doctrine and its chairman, Bp. Kevin Rhoades (Fort Wayne – South Bend) for this helpful contribution to the Church’s liturgical work.

For several years work has been underway to develop a new edition of the Liturgy of the Hours (LOTH) in English for use in the United States. The version currently in use dates from the mid-1970s and is overdue for revision, since the second post-conciliar Latin edition was issued 34 years ago. So the new edition is coming with numerous positive changes, many of them based on the 2001 document Liturgiam authenticam.

One part of the work has reached a milestone: the task of translating the office’s Latin hymns into English has been completed by the International Commission on English in the Liturgy (ICEL) and the results will be up for approval by the US bishops this month at their meeting.

These are great hymns, nearly 300 of them, full of theological significance and suited to the various feasts and daily observances, so they will be a true enrichment for the Liturgy of the Hours. They will replace the English-language hymns, songs, and poems that were used in the current edition, nearly all of them unrelated to the corresponding Latin texts.

Demo videos from ICEL for nine of the new hymn texts are available on the net.

Of course, the decision to avoid rhyme in the English translations of these hymns was not made without reason. In some cases, obtaining a rhyme can force the translator to change conventional English word order. This is commonplace in hymnody and poetry, but, it is said, it could arguably make the text seem artificial for the many clergy who observe the daily office alone, who read it rather then singing it.

One must concede that that is a reason, but it reflects a sad state of affairs: that now, as in the liturgical reform of the 1960s, the celebration of the liturgy with music is treated as something good but secondary, as somewhat less important than the desire to celebrate the liturgy in merely spoken form.

As a consolation, I am told that the new unrhymed English hymns will not be mandatory: that it will be permitted to use other translations, including the classic rhyming translations by greats such as Neale and Winkworth, or more recently those from the nuns of St. Cecilia’s Abbey in Ryde or Stanbrook Abbey.

More information on the status of the LOTH is available at the site of the USCCB.

Who knew that Harper Lee’s characters had entered the fray regarding how the Almighty should be worshipped in song!
I’m not sure if this flouts copyright law, so rather than post the entire section that tickled me, I link

she went down the aisle to corner Herbert, who had remained behind to shut the windows. Dr. Finch was faster on the draw:
“—shouldn’t sing it like that, Herbert,” he was saying. “We are Methodists after all, D.V.”
“Don’t look at me, Dr. Finch.” Herbert threw up his hands as if to ward off whatever was coming. “It’s the way they told us to sing it at Camp Charles Wesley….The music instructor… taught a course in what was wrong with Southern church music. He was from New Jersey,” said Herbert….
“He said we might as well be singing ‘Stick your snout under the spout where the Gospel comes out’ as most of the hymns we sing. Said they ought to ban Fanny Crosby by church law and that Rock of Ages was an abomination unto the Lord….He said we ought to pep up the Doxology.” 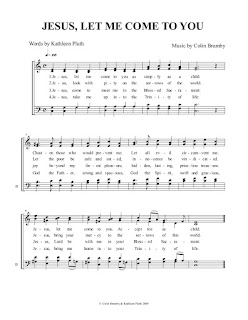 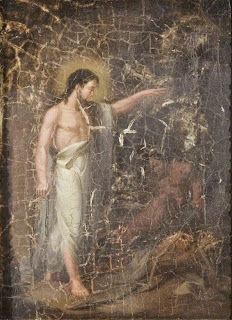