Skip to content
The Weber Files feature a new Gloria for schola and congregation. 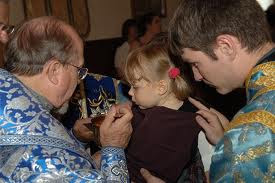 Blake Applegate, 40, was destined to become a guardian of sacred music.

In 1983, his father Dean began the Portland liturgical choir Cantores in Ecclesia. Young Blake would sit outside the rehearsal room and listen to Renaissance polyphony and Gregorian chant issuing forth, thrilling him.

After years of singing and then assisting his father as conductor, the younger Applegate is now director of Cantores. The choir, which has won medals in Europe, sings for 7:30 p.m. Mass every Saturday at St. Stephen Church in Portland.
Years in, the task has not lost its appeal.

“I have the music in my blood,” Applegate says.

After 25 years, the father stepped down and it seemed natural for the son to step up.

“It’s kind of a humbling role to assume,” says Applegate. “My father formed my musical identity. I just knew that keeping the tradition going was important.”

We had a slight connection problem so be patient with the audio. It was still valuable enough to post. In any case, it was a thrill to get to know Chris and his work. His website is Benesonarium

Interview with Jeffrey Tucker from Benesonarium on Vimeo. 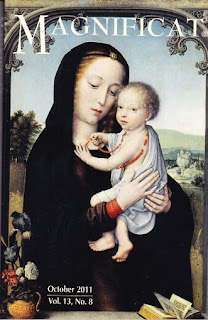 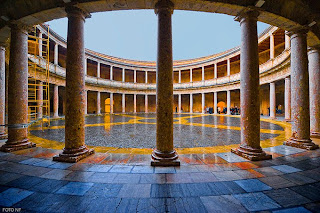 I have writer’s block as I try to revise part of my doctoral dissertation. So to be inspired, I decided to take a little trip to the beautiful city of Granada in the south of Spain. This legendary city, made famous by the Muslims, was the last Muslim stronghold to yield to the Reconquista of Ferdinand and Isabel the Catholic. It was certainly amazing to kneel and pray before the tombs of the Reyes Catolicos, and I fondly remembered there Dr Warren Carroll, the founder of Christendom College, my dear alma mater. It was Dr Carroll who set many a young Catholic mind ablaze with the feats of Isabel the Catholic, and I am sure that she is interceding for him as he recently passed away.

But as much as I soaked in the beauty of Granada’s famous churches and, of course, the Alhambra, there was one little surprise there which I shall never forget.
In the Palace of Charles V, the entry way is a double elliptical gallery with a stone courtyard in the middle. It is also one of those feats of acoustical engineering where the sound really is just perfect. People made their way wandering to the center of the ellipse, snapping their fingers, clapping, or talking to show the amazing dynamics of this room open to the sky.
I did it. I couldn’t help myself. I figured, “None of these people know who I am, and will never see me again, so who cares?” I intoned the Kyrie fons bonitatis from memory, and walked around the entire courtyard. It was so interesting to see how the crowds fell absolutely silent. No one was impressed by my crazy impromptu rendition of this piece (followed by Jesu dulcis memoria), but by the very quality of the sound of the human voice raised to God in prayer.
This is where music, art, architecture and beauty intersect.
Now I wonder two things.
1) when are we going to put together a CMAA pilgrimage to fun acoustical sites and sing a nice Palestrina Mass in the Palace of Charles V in Granada and other fun locations like it?
2) is it so difficult to build churches with this kind of amazing acoustic? Does it take all of the gold from the New World? And of we can do it, where can I find the architects and engineers to make it happen?