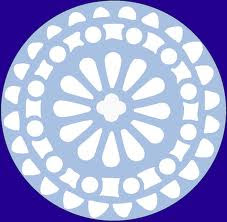 Among the many blessings that have accompanied the recent English translation of the Roman Missal is a flowering of beautiful compositions of the Ordinary of the Mass. From Richard Rice to Deacon Br. Michael O’Connor to Aristotle Esguerra to Jeff Ostrowski to my own writing partners C.H. Giffen and Colin Brumby, along with so many others, an historic creative explosion has occurred, in the specific musical area of English Ordinaries.

It was not a revolution I saw coming, but I once spoke with someone who did. In a chance conversation several years ago with Msgr. Rossi, the Rector of the Basilica of the National Shrine of the Immaculate Conception, he mentioned that new Mass settings were an urgent need. However, like many others at the time I was content with the high-church sensibility of Richard Proulx. I did not foresee that the future of the Ordinary lay in vernacular chant.

Under Msgr. Rossi’s leadership, the Basilica has produced two outstanding Mass settings under its own imprint, The Basilica Series of Sacred Music. Like many of the newer Masses, these are not grand but quiet, not high-Church but supple, musical, melody-centered, and ethereal, like the noble simplicity of the chant itself. They were composed by Peter Latona and Russell Weismann, the Director and Associate Director of Music at the Basilica.

It is a truly remarkable time. Vernacular chant has somehow become the new “normal” for the Mass Ordinary, replacing louder settings that might disrupt the recollection of the Eucharistic prayers. The sound is very much like our Liturgy’s native idiom, Gregorian chant, but the language is our own, accessible to all.

One Reply to “The Basilica Series of Sacred Music”