The name Frank La Rocca should not be new to those who are following the recent renewal in Catholic sacred music. If you have not heard any of his music, here is a taste, compliments of Rudy de Vos and the Oakland Cathedral Schola Cantorum:

La Rocca’s journey is not too dissimilar to that of a few of his contemporaries. The story goes like this:

A composer who was trained as an academic modernist reaches a point of crisis and withdraws to silence and soul-searching, reflecting deeply upon that which is true, beautiful and good, and then re-emerges having undergone a transformation of faith, aesthetics and compositional language that is deeply rooted in the timeless beauty and ancient origins of Western music. 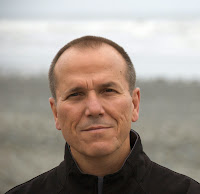 This journey of Frank La Rocca’s was recently recounted by the Washington Times where he is placed within the context of some of the great living composers of our day: Arvo Pärt, and James MacMillan. We also should add to this list other modern composers of sacred choral music such as Morten Lauridsen, Eric Whitacre, and Ola Gjeilo.

La Rocca undoubtedly deserves to be situated among these, but in an even more distinctive way: The majority of the work of those just listed is sung in concert performance settings, with some exceptions. Frank La Rocca’s aim is to not only write for concert and performance choirs, but most especially for choirs that sing in service of the sacred liturgy.

He has proven this intention with two new SATB, a capella pieces that set the proper Communion Antiphons in English for the Fourth Sunday of Advent, and for the Christmas Eve Midnight Mass.

His choral propers Behold, a Virgin Shall Conceive (Ecco virgo) and In the Splendor of the Holy Ones (In splendoribus) can now be downloaded freely as part of an introductory offer at illuminarepublications.com.

Dr. La Rocca set these two particular texts as a starting point in what he hopes can be a larger scale compositional project, setting the proper antiphons of the Mass in English in his distinctive choral style. These two introductory settings are relatively simple in style, in an SATB arrangement, and are well within the capacity of established parish choirs.

To learn more about Frank La Rocca’s exceptional and important work, pick up his latest recording, In This Place, and subscribe to his YouTube channel. I guarantee that you will not be disappointed.