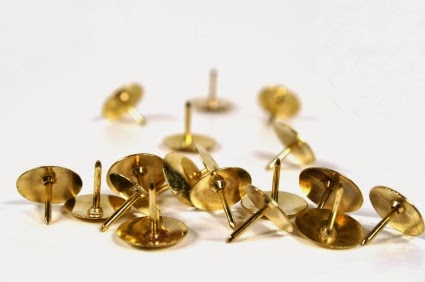 A few days ago I wrote about how we ought to give the big publishers some straightforward advice about the songs that aren’t worth reprinting for next year, and also about the songs and composers that deserve to be heard more.

Well, here’s what I would and will send to the editor at OCP. Feel free to use this as a template or reconfigure yours in any manner you like.

I have been a music director in three parishes and a cathedral since 1977 that have, without exception, utilized OCP resources exclusively as worship aides. Much thanks is due to the founders of the Oregon Truth and Tract Society that eventually evolved into Oregon Catholic Press, and was transformed through the efforts of fine folk like Owen Alstott into the pre-eminent supplier of musical and liturgical worship aides not only for the USA, but in many other English conferences.
As you likely aware from the adjustments OCP has made in its flagship products (Music Issue/Breaking Bread/Flor y Canto) over the decades such as the licensing and then ultimate acquisition of the former NALR catalogue, the agreements with other major RCC and other publishers for reprint permission for emergent repertoires of significant value to congregations, change as well as innovation is not to be unexpected in liturgical matters.

One of the most noticeable changes promulgated both independently and in concert with the infusion of the third edition of the Roman Missal and the earlier advisory document SING TO THE LORD from the USCCB has been a resurgence of interest in following through with the full spectrum of objectives and legislation clearly articulated in the conciliar documents, namely the CSL, MS and GIRM. These documents themselves owe a large measure of allegiance to the goals of the century old papal motu proprio, Tra le sollecitudini of St. Pope Pius X.

As a Director of Music that has relied upon OCP for over thrity five years, what has become clear is that though the interest of an emerging and younger demographic that, as Catholic seekers, are very aware of the great heritage, unique and profound effect of what is generally called “Gregorian Chant” (for our purposes I’ll refer simply to “chant”) upon their worship experience as Roman Rite Catholics. OCP has not been remiss in accomodation of that demographic with specific publications, but as of yet has not evinced its commitment to inclusivity of that demographic in its flagship pew publications.

I would ask you to consider consulting with your editorial board and ask them, regardless of the standard methodologies of the annual survey and their editorial guidance, have they given a thorough and critical analysis of the content of the BB/MI/Heritage line of products as regards “chant?”

I would suggest that a significant portion of the subscription volumes have not only stagnant and unused repertoire that escapes attention year to year, but also some material whose textual content is clearly at odds with the needs of authentic worship with the rites. There are likely a substantial number of songs, hymns and ordinaries whose musical content has seen its sunset realistically and take up valuable page space that other much more vital and necessary content could resuscitate OCP’s waning perception as a viable, all inclusive and orthodox service provider.

The following examples of what I would consider as “defunct” pieces would likely not be missed by significant numbers of parishes:
(From BREAKING BREAD 2014)

WAITING IN SILENCE/Landry-both lyric and musical content is very pedestrian. The scriptural allusions are better set elsewhere in other songs.
ASHES/Conry- poor theology throughout the entire lyric that reflects a more anthrocentric impetus and modus operandi than a penitential expression.
ROLL AWAY THE STONE/Conry-inarticulate allegorical verses, overtly dramatic and combative by comparison to the psalms they paraphrase, and an oblique and obscure message in the imperative refrain text.
BREAD, BLESSED AND BROKEN/Lynch- even if for children, the lyric is so puerile that dilutes the Eucharistic theology to young minds. The single most damaging element is the naming of the Eucharistic host as a “symbol” of God’s love. That must be remedied by elimination, not alteration.
LOOK BEYOND/Ducote- incomprehensible verses in that there is no coherency between 1 to 2/3, 4 to 5. A stale mess of snapshot references.
BREAD OF LIFE/Cooney- again, massive anthrocentrism failing to expiate properly a solid Eucharistic theology. “I, myself, am the bread of life” is an augmentation of John 6 that is condescending to the Faithful, too confusing and self-referential to “us” as Eucharist.
SING A NEW CHURCH/Dufner- a well-intentioned but extremely flawed abstraction of ecclesiology.
GATHER AND REMEMBER/Alstott-another well-intentioned but inappropriate and didactic homage and paean to an ecumenical council, and some very incendiary assessments of church history and traditions. The Vox Dei component is poorly employed as well.
HERE I AM/Booth- another Vox Dei that has some indiscriminate notions, or inarticulate at best, added to the typical syncopation that dissuade participation rather than invites it.
HOLY SPIRIT/Misetich, SNJM- tired, dated, banal text and melody
THE SPIRIT IS A-MOVIN’/Landry- see immediate song above.
ALL I ASK OF YOU/Norbert/Weston- incredibly saccharine content in lyrics.
ANTHEM/Conry- of all the Conry pieces dropped (I will lift up my eyes…I will not die…”) in the past, the fact that this jarring, confrontive theology remains is a huge mystery. We are….not amused.
I WILL CHOOSE CHRIST/Booth-besides having some motivic elements that are too close to popular hits of the secular past, it can’t be really defended as viable to all cross sections of worshipping communities.
‘TIS A GIFT TO BE SIMPLE/Shaker trad.- a novelty that has no value in a Roman Rite context.
LET THERE BE PEACE ON EARTH/Miller&Jackson- tired, dated, a courteous nod and association with “God” that is minimalist. A commercial.
PEACE IS FLOWING LIKE A RIVER/Landry- have we checked the pulse of the world lately?

(interlude: You might notice I’ve avoided any of the major bogeyman titles that are commonly flogged horses here and elsewhere, OEW, MoC, GUI, IATBOL, etc., precisely because the psychological pushback would likely kick in immediately. Those are the golden eggs of the golden geese. One has to think strategically, tactfully and tactically.)

Mr. Limb, there are, as you likely know, many more titles that others have taken up as a cause celebre for post-conciliar examples of musical anathema. The “de gustibus” factor will always be in play in such critical discourse, deconstruction and deliberation. But I hope to move you to more attentively call your editors’ discretion towards the best and beautiful, not the easiest or most popular.
Please relieve this glut of ineffective and insufficient pieces from further occupancy in publications that are supposed to be responsive and responsible. You have given credence to the chants found in Columba Kelly’s collection and other chant books in your own catalogue. You have composers such as Barbara Bridge and others who’ve had chant-emulative pieces extracted from the hymnals. This is contradictory, in fact, to conciliar philosophy that encourages new compositions to flourish within our own traditions.

Thank you for your kind attention,
Charles Culbreth, Director of Music and Worship
The Catholic Church of Visalia (California)

Does this give you any ideas about your own advice for
OCP/GIA/WLP/TLP/ILP, etc.? What are you telling them to keep or toss?”