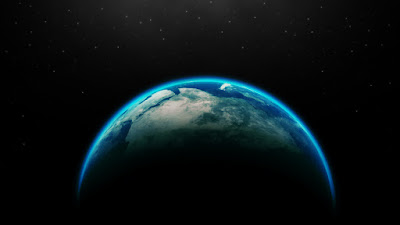 There is an interesting discussion going on about the reformed liturgy as practiced since Vatican II. The discussion concerns an expression of Cardinal Sarah’s: “too much man and not enough God.”

I would like to propose that this expression, while accurate, does not reach to the heart of the problem, which is philosophical and theological. The real liturgical question is this:

Is the firmament permeable, or not?

1) If God is absent from the world, separated by the bright line of an unbridgeable horizon from earthly life and in a noumenal realm, then we are on our own. We are orphan children of an absent God, making our own way, and depending primarily on each other. Petitions and hymns are discussions among ourselves about values. The congregation is the primary instantiation of community. The most appropriate posture is humans facing humans, closing the circle. Intelligibility is of highest importance.

2) If God is actively at work in the world here and now, on earth and in earthlings, continually strengthening and raising us, then liturgy is a privileged opportunity to meet God. Liturgical language expresses our dependence on God’s help. Petitions and hymns ask for more and more divine intervention, and not only for those present in one time and place, but for all people, living and the dead. The most appropriate posture involves all of the people facing the divine presence. Receptivity to grace is our highest action, and God Himself is of the highest importance.

Obviously there are multiple possible reasons for believing in one or another of these admittedly schematic theories of life, the universe and everything. But may I suggest that one possibility is the error of Esau, who sold his birthright for a nice dish of stew.

If God were absent from the world–which He is not–then we would be able to make our own morality. Right and wrong would be up to us. But it is not. And the cost of license would be much too high to pay.

One of the motivations for the reform of the reform–certainly my motivation–is that the reformed liturgy in its casual iterations leaves us feeling lonely for God. It distracts from prayer, rather than fostering recollection. It proposes a worldview in which we are stuck, alone, with what we have and who we are, rather than accurately expressing the truth, which, thanks be to God, is this:

the sky’s the limit.

10 Replies to “Live, from the orphanage”