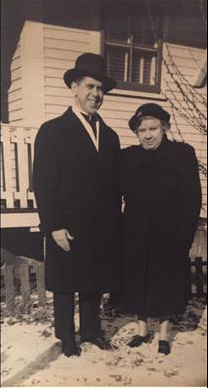 [Randolph Nichols offers a recollection of the priest and liturgical writer.]

Given a choice, most of us would ask that death come after a fulness of years untouched by diminishment of mind and spirit. Few are granted that wish, but when it happens for others we rejoice. Upon learning this past Monday that my friend and mentor Fr. Joseph T. Nolan, age 95, had returned to God, feelings of thanksgiving triumphed over sadness. Having just read earlier in the day his latest reflection, entitled “Alive in God and for God” from his daily e-mail journal Thoughts for the Journey, I could only marvel how his life’s passion persisted to the very end.

You may have encountered Fr. Nolan’s English translations of Christus Vincit and Ubi Caritas in the St. Pius X Hymnal, texts later retained in Theodore Marier’s Hymns, Psalms and Spiritual Canticles. As a graduate student he had sung in Marier’s schola at St. Paul Church in Cambridge, Massachusetts before becoming a prominent early advocate of liturgical reform who implemented at various parishes in the mid-West, with his bishop’s consent, many changes that would become the most identifiable features of the post-Second Vatican Council rite.

Fr. Nolan had an interesting career before becoming a priest. Winner of the coveted Fulton prize in debate as a student at Boston College, he joined the Federal Bureau of Investigation upon graduation in 1942 and was assigned as an agent in Arkansas. Later he was “invited,” to use his wording, by the FBI to serve as an officer in the navy during World War II. At war’s end he was reassigned to the New York bureau. It was in New York that he met Dorothy Day, an experience that would fuel a desire to become a priest and inform his growth as a theologian. (At the 50th anniversary of his ordination, when asked by a Boston College student why he left the FBI for the priesthood, he replied, “It was easier to get confessions.”) Before solidifying his decision to become a priest, however, he completed a graduate degree in history at Boston College.

I had a long association with Fr. Nolan. After his seminary training at Conception Abbey in Missouri he became a priest in the diocese of Wichita and was assigned as pastor of three small parishes, one of which was in my home town. When I left for college study in the Northeast, years passed without any further contact until he phoned me one evening at my apartment in Winthrop, Massachusetts (which, by coincidence, was Fr. Nolan’s hometown), asking whether I could play carols for an upcoming Christmas Eve Mass. Being a professional classical pianist who had never touched the keys of a pipe organ, I was understandably hesitant. Fr. Nolan would not take no for an answer: “If you can play Beethoven sonatas you can play Christmas carols.” I didn’t know it then, but my life was about to change, radically. Besides providing the impetus to a career in church music, Fr. Nolan would later hire me as a staff writer for Good News, his homiletic service read by priests throughout the English-speaking world, and would be instrumental in my completing the Master of Theological Studies program at Harvard Divinity School. He would later joke, “You shouldn’t have answered the phone!”

Fr. Nolan remained a diocesan parish priest for only 14 years. Given permission to do graduate work in theology at Harvard, he blossomed as a writer, poet, teacher of theology (Boston College) and popular seminar director on liturgy and preaching. He had a special gift: blessed with a mind capable of grasping complex theological concepts, he could express those ideas in direct, eloquent speech understood by all. Another unusual trait, especially for an academic, was his effusive, passionate conviction of the presence of God. When dining with him you knew the conversation could very likely become one-sided. It wasn’t egotism or self-centeredness, but simply a mind and heart on fire. He was irrepressible because he saw God in everything and everyone. His theology, if I dare compress it into one sentence, stressed the fullness of Eternal Life and the Reign of God as alive and active in the present. In other words, be it only a foretaste, we need not wait until death to experience Resurrected life. It is understandable why in so many of Nolan’s writings he credits art and music, capable as they are of transcending the confines of space and time, as confirmation of this fuller living reality. It is also no surprise that two dedicatees of his autobiography, A Life in Liturgy: Rediscovering the Mass, were Theodore Marier and the Rev. Joseph Collins, the pastor of St. Paul Church during the formative years of its famous choir school.

Make no mistake, Fr. Nolan was a true progressive. To him, the old rite didn’t express the theological fulness of Resurrection faith. When at the end of Mass he said, “Go in peace to love and serve the Lord,” he meant all the social engagement and responsibility those words imply. But he was also acutely aware that the post-Vatican II rite fell short, particularly in music, language (oh, how he could groan over hymn texts) and preaching. Being more sympathetic to the old rite, I would suggest to him that his expectations fell short because most priests simply don’t have his skills to bring off the reformed rite as he envisioned it. Undeterred, he would remind me of the old horrors: the auctioneer’s speed often adopted at Mass, the emphasis on guilt at the neglect of God’s love and mercy, not to mention the disregard of Scripture and the presence of Christ in others as components of Real

Presence. Such back and forth exchanges instilled in me an important lesson that one’s love of tradition must never preclude an openness to criticism, self-examination, and growth.

I will greatly miss Fr. Nolan’s intellectual prodding and irrepressible Christian witness. He kept me honest and there is no adequate way to measure the value of such a friend.

[Randolph Nichols is an organist, pianist, and choir director, and sang in the men’s schola at St. Paul Church in Cambridge.]