I use a tablet for 95% of all my music, and I have to admit, I love it, and would never go back to paper for most uses. At the suggestion of Adam Wood, I am using this post to outline my setup, in case anyone else would find it useful. Here it goes….

I have a dropbox folder filled with tons of resources. SEP, Graduale Romanum, Graduale Simplex, Liber Usualis, Liber Brevior, Offertoriale Romanum, Chants Abrégés, all the gregorian ordinaries via the Kyriale Romanum, a decent amount of simpler organ music (example), parish book of chant (1st and 2nd editions), Richard Rice’s communion books (with english and latin verses), Cantus Selecti, The Simple Choral Gradual, The Parish Book of Psalms,The American Gradual, The Gregorian Missal, The Palmer-Burgess Plainchant Gradual (pt 1, pt 2), The Revised Grail Psalms, Secunda anthologia vocalis (three voice motets), Fr. Kelly’s Missal Chants (entrance, communion), Nova Organi Harmonia, the entire collection of organ scores for the ordinary for when I sub at my parish, random resources downloaded from the forum, the entire repertoire for each of the several choirs I sing in, as well as any specific music for Masses for which I plan to sing/direct/play for (which rotates around depending on what I’m doing), and a ton more (for example). Additionally, you can find a large number of motets on CPDL and other locations online.

This collection lives in my dropbox on my computer, and also thanks to a third part app called DropSync, it is contained entirely offline on my tablet (Nexus 7, 2013) and my phone (nexus 5) and phone as well. I have used both of them at Masses, though obviously the nexus 7 is what I typically use. I use dropsync because the native android dropbox app only allows you to download individual files, not keep your entire collection offline on your device and synced.

Also, if you use THIS  LINK to sign up for dropbox, you can get an extra 500mb free.

I’d recommend the Nexus 9. I think it’s a great option, and is quite fast. My tablet, the Nexus 7, is now being discontinued. It should allow you to store all these things offline and keep them synchronized like I doubt you could on an apple tablet. Adobe’s PDF reader on android also allows me to take and edit notes (both typed and scribbled) allowing me to fully take notes like any other singer, but also to sync these notes to my computer and phone, so that they follow me no matter what device I use. Depending on how fast things are running I also use an android task manager to kill all background apps when I am getting ready to sing to ensure there is absolutely no lag or delay in the processing to change pages or change files (for example, from the graduale PDF to the PDF of my next motet).

I am very satisfied with this system. If anyone wanted to set themselves up with a similar system, I’d be more than willing to answer questions here or by email. I’ve used this for upwards of 2 years, so I am very comfortable with it and know all the tips and tricks related to this!

An announcement from my colleague Heath Morber:

At the behest of (and with the help of) my colleague Ben Yanke, I’ve just released a collection of motets entitled “Bread From Heaven”, drawn from existing works from the Renaissance masters and set with English Eucharistic texts. 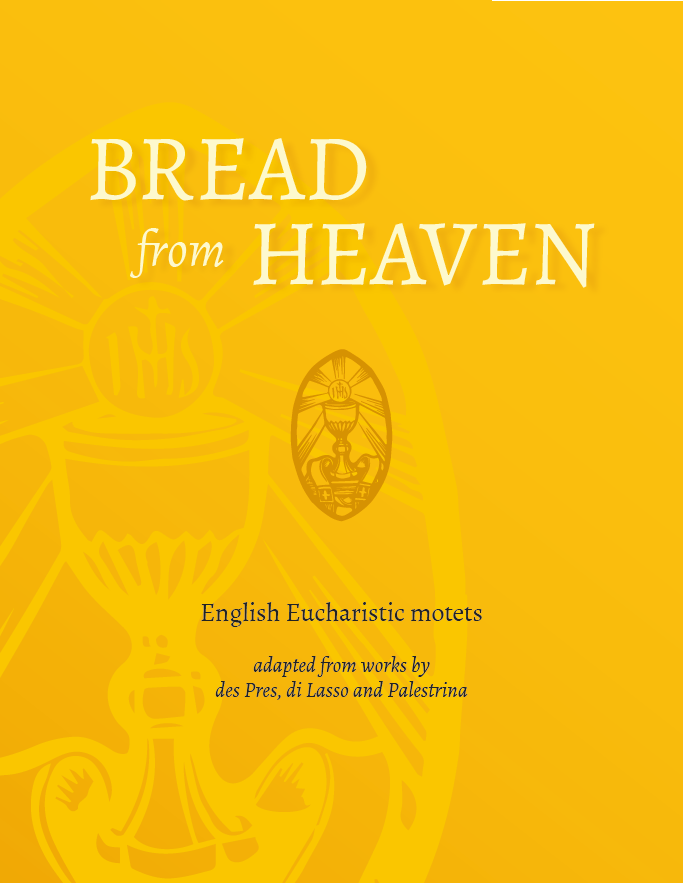 These are two- and three-part motets from des Pres, di Lasso, and Palestrina, drawn mostly from excerpts within their Latin Mass settings. Using seven Eucharistic texts (the “Ad Libitum” antiphons in the Roman Gradual), I fitted the English text to the original notes (modifying some rhythms) and transposed each for multiple voice configurations (SA, AT, SAT, ATB, etc.) Each text has a two- and three- part setting and multiple editions for a total of 14 different motets with 49 total settings!

I’ve sung nearly all of these with students here at St. John’s in Champaign, IL and they’ve been perfect for times when I can only round up a talented cantor or two and want something dignified to use for communion. 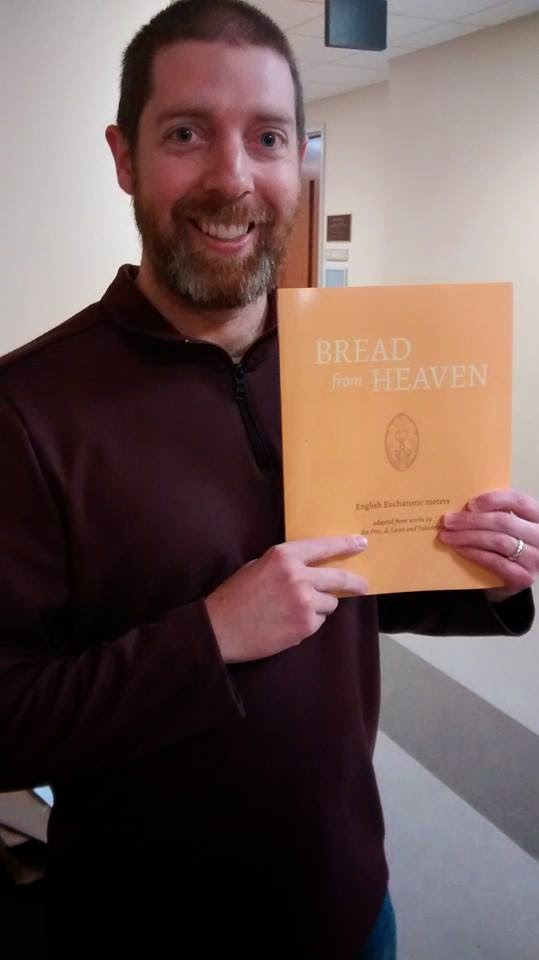 The collection can be found at lulu.com, direct link here:

Please note the extensive sample (also available here); it gives you a good feel for the flavor of the whole collection.

I do hope that this will be a great resource for your music program!

Have you been to the Colloquium before? Never been, but always wanted to? If you want to come this year, now is the time to get ready! For all the information you could need, visit the CMAA’s site here. In order to make deadline for the early bird registration, you must have your registration in by March 1, 2015, and you can save $50 from your registration fee. I’m currently working on my arrangements to be there, and I hope to see you there!

Check out all the old Chant Cafe posts on the colloquium here, including some videos I created last year, including the one below:

The Sistine Chapel choir is the choir who sings for the papal Masses at St. Peter’s Basilica and other papal ceremonies in Vatican City. Unfortunately, it’s common knowledge among musicians that while their selections of music have typically been very good (such as gregorian ordinaries and polyphonic motets), their performance of said music has, in the past, often been overly operatic and low in quality.

However, I woke up yesterday morning, and saw a notification on my phone that the Papal Music youtube channel had uploaded a new video from the Consistory in Rome, so I opened it and expected more of the same. But I opened it up and was shocked to find their quality had massively improved:

I am not sure what is going on there with their choir, but whatever is going on, their gradual improvement is going very well, and I am very interested to see where this goes in the future.

For comparison, here are a few past performances of the same piece:

Fundraising is something many choirs often deal with to help provide a budget for their program. One CMAA member is doing a clever idea this valentines day: Serenades for Your Sweetheart. For those who might be interested, I’d encourage you to check this out! All orders must be received by Friday, February 13th.

Over 30 young choristers from the Cathedral Children’s Choir in the Diocese of Joliet-in-Illinois are preparing to travel to the Vatican this December to participate in the 40th International Congress of Pueri Cantores.

You can help them raise the funds for their trip by ordering your loved one(s) a live phone serenade for Valentine’s Day!

For a donation of just $20/call, you can surprise your special someone with a gift they’ll remember far more than flowers. Make your selection from a dozen classic love songs including broadway, folk, and ballads. Click here to view details and order online, or to order by phone call Laura at 815.341.4140.

This gift is great not just for spouses/fiancés/boyfriends/girlfriends, but also parents, grandparents, siblings, children, godparents, godchildren, or friends!

You’re also invited to like the CCC on Facebook here, where you can follow their preparations, and where photo and video will be shared from their pilgrimage later this year.

Many of you may remember when I posted a view a few months ago from Tom Allen at CBC Music on the Dies Irae and how it has seeped throughout musical history (link here). It was very nicely made, and I enjoyed it a lot. Now, they have done another one, this time on the history of the solfège system (hint, it was from a chant). This one is a bit more lighthearted, but just as informational and interesting.

Here is the actual chant that he’s discussing:

So that your servants may, with loosened voices, resound the wonders of your deeds, clean the guilt from our stained lips, O Saint John.