I just learned that one of our bloggers and one of the kindest men I’ve ever known, Charles Culbreth died yesterday. He was a unique musician – with a church career that ran from contemporary folk Christian to chant. It is my understanding that he was also an inspired music educator who taught many children and young people the joy of music. No one who ever met Charles forgot him.

Let us not forget him now. Please remember him in your prayers.

Hat tip to Brian Michael Page of Providence, though I suppose I could have averted my eyes and ears.
The clip appears to have been posted around June 3rd, so it’s not unreasonable this is a recent occasion. There’s speculation among FB commentary whether this is an RCC or Anglican Nuptial Mass. My blog buddy G (Scelata) borrowed an old double entendre of mine for a post: “Be not a-phrayed.” But between Fr. Chuck’s guitar homily and now this, one has to wonder if for every new tapestry that eventuates at events like the Sacra Litugia conference last week, there are hundreds more “real life” experiences that indicate a great unraveling. The ragged sleeves of Il Papa’s alb are one thing, but the “oob la di, oob la da” DaDa of this “liturgy” simply leaves me stunned and speechless.

“3 As he was speaking, the teachers of religious law and the Pharisees brought a woman who had been caught in the act of adultery. They put her in front of the crowd.
4 “Teacher,” they said to Jesus, “this woman was caught in the act of adultery. 5 The law of Moses says to stone her. What do you say?”
6 They were trying to trap him into saying something they could use against him, but Jesus stooped down and wrote in the dust with his finger. 7 They kept demanding an answer, so he stood up again and said, “All right, but let the one who has never sinned throw the first stone!” 8 Then he stooped down again and wrote in the dust.
9 When the accusers heard this, they slipped away one by one, beginning with the oldest, until only Jesus was left in the middle of the crowd with the woman. 10 Then Jesus stood up again and said to the woman, “Where are your accusers? Didn’t even one of them condemn you?”
11 “No, Lord,” she said.
And Jesus said, “Neither do I. Go and no more.”

I have reservations about expressing the following thoughts just I as have reservations about jumping down a subway platform and grabbing the third rail. But I think what has developed and occurred between Dr. Romeri and Abp. Chaput needs some consideration beyond what is clearly a matter of, among other things, justice. As clearly articulated by the tenets of our faith and religion, Abp. Chaput is ordained and imbued with the Holy Spirit to literally be “in persona Christi” and “Alter Christus” to his flock. But one has to consider whether his actions and words in response to Dr. Romeri’s performance place the archbishop both as one of “the teachers of the law” at once with his duty to represent Christ in all matters.

Corresponding that to the scripture, what was our Lord “saying” by twice writing something in the dust? We cannot know. Was it akin to a line in the sand that he challenged the accusers to cross and exact their justice? Couldn’t have been, as “He wrote in the dust.” For myself, the message was contained in the act of communicating in the most temporary of mediums, dust, sand, dirt, whatever. Perhaps, and we’re not privy nor should we be, Abp. Chaput may well have drawn lines in the sand directly for Dr. Romeri, and then advised him to “go and…….change.” Unfortunately, the public testimonies don’t point to that type of just intervention at this stage.

But my thoughts are not about the Philadelphia story. I believe that there’s a much larger lesson for all of us to consider with the remainder of our tenures as DMM’s, choir/schola masters and such- if we musicians reverse roles from “the accused” to the “teachers of the law” we may very well end up morally wanting and bankrupt, and walk away because “our principles” and, more importantly, our concerns and charges that we drew in the sand- “Reform the Reform…..Abandon the Novus Ordo…..burn the guitars, drums and pianos……pour boiling lead onto all the microphones….let the people sing the Ordinary, WE’LL handle the Propers, thank you very much……and you better believe it’s the Chant and Polyphony Channel in the gallery, 24/7, deal with it!– this sort of stricture-driven mentality may not prevail going into the next centuries, particularly with little influence being exerted by the American prelates, the disturbing inclinations of the European prelates, some of whom preside over vacant Sees, and the emergent, burgeoning Church in Africa and Asia. I know that orthodoxy in those regions is valued much more than in the western Church right now. But we will not be the arbiters of their emerging liturgical traditions.

My advice to young, dedicated musicians who want to serve the Church in any capacity: Be knowledgeable first and flexible second. I know that is precisely how Dr. Romeri was perceived in both St. Louis and Philadelphia. I heard his name more associated with NPM than practically anybody else’s including Virgil Funk. Dr. Romeri was neither strict nor intransient. It seems that his concept of “sacred, universal and beautiful” was at a level that his archbishop, for whatever reason, couldn’t appreciate and then somehow decided Romeri was the immovable object.
The wind’s gonna blow the figures drawn in the dust, and it will break the trunks of the oldest and strongest of trees if it wills. Can we bend and not break? Can we accept a call to diversity and turn that into a beautiful asset and not an onerous chore? I think these and many more questions will face the next sequence of generations of church musicians as a grave concern.

A few folks here and at the blogsite 1Peter5 might have noticed a couple of articles focusing upon the homiletic style of a particular celebrant at a particular parish in a particular diocese as captured on personal video and posted to YouTube. The article I wrote I chose to delete as the YT poster/owner removed said video from YT, which of course is their prerogative. I have no clue, guess, or intuition as to why the video was washed from this site and 1P5, and I’m not going to riff at all on its removal. I “feel” sorry for using the video as an exemplar of “Liturgy Gone Wild,” as I did not intend to condemn or bury the pastor and parish in toto based upon three minutes of an unusual homily.

As of June 4th, it seems that the video was recovered by the Blog 1Peter5. Here is the URL link-

That said, I did choose to do a minimal amount of research about the parish, diocese and priest. Imagine my surprise when opening the “Liturgy” window of the diocese that virtually everything there was pro forma GIRM/CMAA/MS/CSL, even down to extolling polyphony, an official ministerial role reserved to choirs and scholas, throughout various other category buttons/windows. The button indicating the definition of “Sacred Music” was linked to Corpus Christi Watershed’s famed video featuring JMO’s wife (and sister in law?) narrating the orthodoxy of the discipline.

What’s wrong with this picture?

I tend to wonder how much lip service is paid to the informed lobby of CMAA and those who subscribe to the “Reform of the Reform” referendum bubbling up all over global Catholicism, versus the anecdotal evidence that is strikingly contrary and seemingly, purposefully subverted at the parish level? The diocesan website actually represented an ethos that is somewhat to the right of the USCCB letter, “Sing to the Lord.” So, despite the lack of perspective that a three minute video excerpt prohibits, it’s clear that there’s some sort of benign neglect in this diocese as to what constitutes pastoral leadership and surety. That’s not news to me. I’ve lived with this duplicity for decades.

I, as I indicated in my removed article, am no where’s a liturgical purist or Puritan. But, again, for the sake of future generations of baptized Roman Catholic children, we’d better get our story straight or this schizophrenic duplicity will truly bring on the “Remnant Church.” And at this moment, I am not going to be silent about propriety in a political manner of what constitutes “source and summit” of my soul’s existence. I’m not ready for the Benedict Option (google it) to further erode our Faithful’s comprehension and desire for the Divine Liturgy.

Mssr. Shea decided to expound upon the numerical significance of the number of fish caught gospel reading today, in which the number of fish is clearly identified as 153. If’n you wanna wade through his exegesis feel free to type in “patheos” in your search window.
I did share in common with him a moment of fascination about 153. However, as a lifelong musician and not too shabby theorist, what do you think was my Rorschach response?
Of course, scale degrees 1 (Tonic)- 5 (Dominant)- 3 (Mediant, whether major or minor.)
If that ain’t Trinitarian, I dunno what is. You can do the existential math with either Greek or Baroque emotional associations.
One way or another, a tuned 1-5-3 is a totally beautiful thing, even if it stands alone.

Congratulations to fearless leader, Matthew J. Meloche, and his wonderful choir and assistants down in Phoenix. 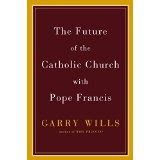