So, we’re about to start second day chant session after a traditionally long (looooonnnnnnnggggg) first night and Scott Turkington walks up to me and my bunkmate and sez, “Do you think we ought to re-arrange the seating, it seemed like some of you guys only had a view of my backside?” Scott’s back!
And he’s, as one would expect, at the top of his form! We’ve got a mighty experienced men’s schola with folks from the UK to Uganda taking in not only the thoroughly founded, but humorously grounded expertise of one of the finest chant pedagogues and practicioners on the planet.
I don’t really have to tell Cafe folk about Scott’s breadth of wisdom and knowledge. But there was an very interesting and telliing little anecdote I’ll share from later in the morning. Among the assigned texts to us was one that employs “mihi.” So as we were sight-reading through the whole proper, those of us who’ve trained with Turkington naturally sang “MEE-kee” as many of us had that conversation years ago. But, of course, its phoneme was challenged. Scott really doesn’t seem to want to have to reiterate the pronunciation again, and the inestimable Fr. Christopher Smith chimes in. Scott asks Fr. Smith upon whose instruction does he cite when his choristers in South Carolina challenge the Hebraic/Germanic “ch” as “that’s how we learnt it!” Fr. Smith didn’t miss a beat, he answers, “I have it on authority of SCOTT TURKINGTON.” Hearty laughter ensues!
But, it really is a joy to have him return to colloquium, he compliments the same generosity and levity as well as true devotion to the cause and the faith that folks like Buchholz, Cole, Morse, Donelson, Treacy, (even Meloche!), bring to the sacred treasury table of tunedom.
And while we on other faculty, Scott and many others (myself included) have been truly inspired by the absolute beauty of the advanced women’s schola under Jonathan Ryan.
There were so many new hands raised at Monday’s gala dinner of first time attendees who have no idea what monumental strides colloquium has made in seven years!
And as a brief follow up to my first report from Indy, in talking to the millenial priests, deacons and seminarians who are here in force, these young men to a person absolutely believe what Fr. Smith foretold of his vision of RotR et cetera: pervasive change for the better will be achieved in this country, if not the world, within this century. Amen, young brothers!

Day two has come and gone! Day two is the first full day of the colloquium, and as a first timer, I had a blast meeting all kinds of people including Jeffrey Morse and Charles Cole, as well as many whom I have known online through the CMAA Forum and some new friends as well.

Stay tuned for more this week! 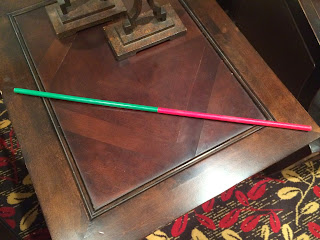 We are going to try something a little bit different this year: every day I’ll be posting a quick video with a small sample of the events going on at the colloquium so that all of you not able to make it can live a little vicariously through us 🙂

Enjoy, and check back later this week for more! 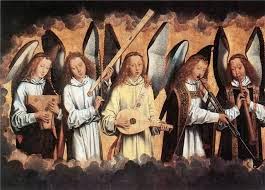 The first and imperial memory I have is of Duquesne II, Thursday. I had bronchitis. JT gave me a whole new Z pack Tues/Wed., but I hadn’t recovered a chant voice. Wendy was at her third Colloquium with me, soaking up the grace, and her schola was chanting for an EF. I made the decision to not chant with JMO (like he needed me) and just be PIP. Best decision of my life.

In Chicago, both W and I benefited by the chubby FSSP celebrant’s homiletic expiation of the VO (the new nomenclature replacing EF and Usus Antiquior or EF) and it was artfully brilliant. But as I chronicled here (I think) I became a child of God that Thursday in Pittsburgh.

I suppose in a word I would say I “got” Sacrosanctum Consilium in its fullness right there in Pittsburgh, PA., of all places where the dubious efforts of Msgr. Rossini were legend, save for those who have his books and can read the reality.

So, from  the discount ho tel the night before registration, praying, hoping,  begging that this week for which I’ve done no preparation, don’t have a clue what didactic benefit(s) might fall my direction this week , and  which maybe my “last colloquium” I will doubtless behold the glory of God which then I hope bring home to the homespun folks of the San Joaquin Valley of California, a glorious The foretaste…. 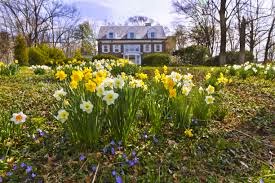 June is busting out all over.

It’s the first day of June and that means only four more days to register for the CMAA XXIV Summer Colloquium and get a great hotel room at the conference rate.

Register now and prepare to have one of the happiest and most challenging weeks of your life!  Sacred music from dawn to dusk.  Chant, polyphony, plenary speakers, breakout sessions for ideas and insights.

New friends, old friends.  Beautiful liturgies, an organ concert and an Anglican choral Evensong. Books to buy at discounted prices.  And don’t forget the party on the pool deck of the hotel for a great view of the 4th of July fireworks!

Need I say more?  If you’ve already registered, go over to the Colloquium website to whet your appetite because new details are coming online almost daily.  If not,  hie thyself o’er to join the flock.