Professor Ann Labounsky, a great interpreter of Langlais and Tournemire, is celebrating her 50th anniversary at Duquesne University by offering her recordings of Jean Langlais as a gift, a collection of performances spanning over 20 years and seven great organs. The blind composer, with whom Dr. Labounsky studied in the 1960s, drew inspirations from Breton airs, French noels, and of course Gregorian chant.

This performance of the Te Deum from his “Trois paraphrases grégoriennes” (as early as Opus 9!) is from 2009, at the closing Mass of that year’s Sacred Music Colloquium, in the Madonna della Strada chapel at Loyola Chicago University:

In a garden shady this holy lady
With reverent cadence and subtle psalm,
Like a black swan as death came on,
Poured out her song in perfect calm:
And by ocean’s margin this innocent virgin
Constructed an organ to enlarge her prayer,
And notes tremendous from her great engine
Thundered out on the Roman air.

Why would St. Cecilia construct an organ by the shore? We don’t think of that as a hospitable place for delicate instruments. But the earliest known pipe organ, the hydraulis, invented in the third century BC, ingeniously used water to maintain the pressure in its wind chest. This animation illustrates the mechanism:

and this reproduction instrument at Bath illustrates some of its potential for sound:

No wonder the Byzantine emperors used it in their court ceremonies. This German reconstruction sounds more refined: 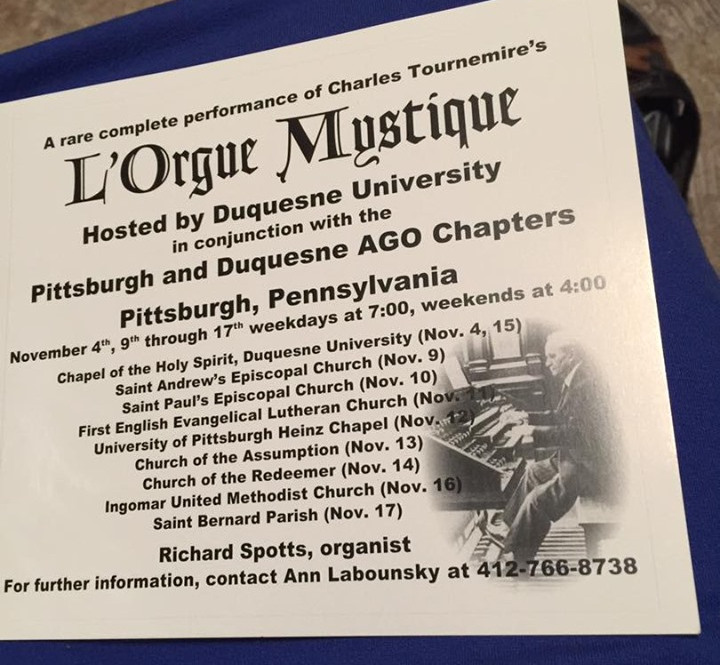 This November, the city of three rivers is to be favored with a full performance of L’Orgue Mystique, the chant-inspired suite of works by Charles Tournemire. Organist Richard Spotts will be performing from the collection on November 4 and again daily from November 9 to 17 at various churches in the Pittsburgh area.

Ann Labounsky, professor of organ at Duquesne University, appeared with Mr. Spotts in a short video about the event. (I hope it’s visible to everyone.)

Before I write about Wednesday, let me follow up with a little more information about events that took place on Tuesday:

Thanks to Joel Morehouse (of the Setnor School of Music, Syracuse) for posting additional photos of the Mass at St. John the Apostle Church (the pro-cathedral) at our sister site New Liturgical Movement, where Joel is also a contributor on parish music and liturgy.

At the CMAA members meeting on Tuesday, general manager Janet Gorbitz announced that the 2017 Sacred Music Colloquium will be held in St. Paul, Minnesota, from June 19 to 24, and one of the Masses will be offered at the historic St. Agnes Church in remembrance of Monsignor Richard Schuler, the long-time pastor and musician, co-founder of the CMAA, and editor of the journal Sacred Music.

In addition, Janet announced that registration is open for CMAA’s 2017 Winter Sacred Music event, to be held at the Cathedral of St. Paul in Birmingham, Alabama next January.

On Wednesday, Christ Church Episcopal Cathedral in St. Louis opened their doors and their organ loft to Prof. Ann Labounsky (Duquesne) who presented a breakout session on repertoire for pianists making the transition to the king of instruments: 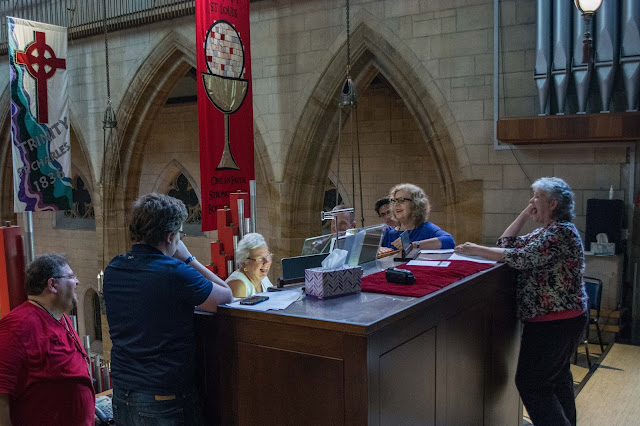 And here is a view from the transept of Christ Church Cathedral: 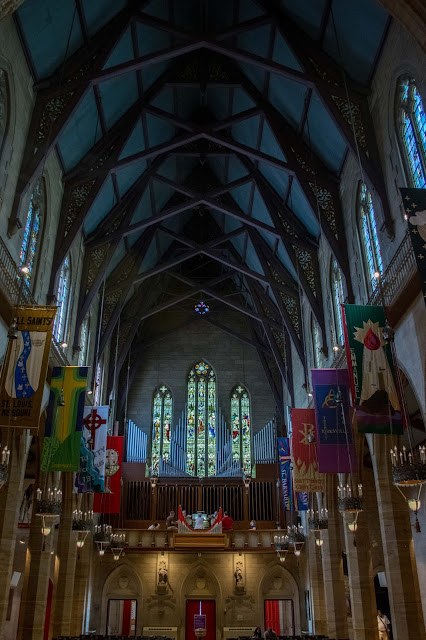 At the end of the afternoon, Holy Mass at the Shrine of St. Joseph: 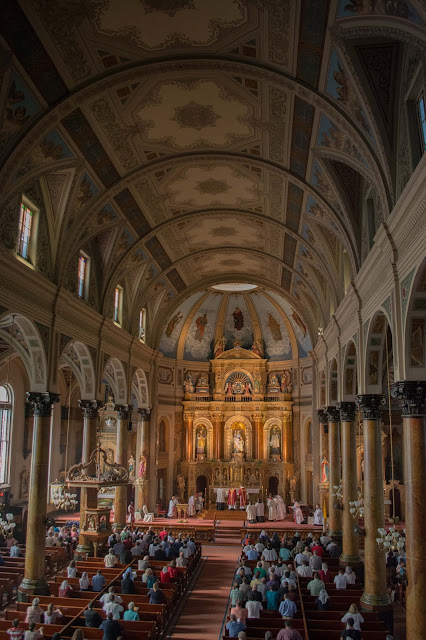 After Holy Mass, colloquium attendees came together in front of the Shrine for a group photo:

Before the Sacred Music Colloquium even got started Monday, a group of participants met to visit some of the fine historic organs in the city of St. Louis. The group ended its tour at the Old Cathedral, near the Gateway Arch.

A collection of classic organ broadcasts has come on-line recently, thanks to the former Dutch radio service Radio Nederland Wereldomroep. RNW was a major international broadcaster for 50 years, and it produced many series of music programs, sent on vinyl phonograph records to be transmitted by local stations around the world.

Here is a set of performances from 1968 under the series title “Netherlands Church Organs of the 18th Century”. Each program is about 28 minutes long.

My favorite so far is #2: Noordbroek. What’s yours?

Recently, a user of the CMAA Forum began creating a tutorial on the methods of providing organ accompaniment to gregorian chant which many have found useful. His first video can be found below, and the rest can be found here. If this interests you, make sure to subscribe, so that you can continue to receive his new videos as they are released.

While there are collections of scores for this purpose, it is ultimately much more useful and flexible if an organist can learn the methods for improvising accompaniment, which this series attempts to teach.