Skip to content
The Liturgical Marketplace: Will the Big 3 get on board? 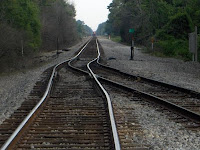 The summer before my first colloquium Wendy and I decided to visit relatives in North Carolina. We thought it would be quaint to take Amtrak cross-country via the southern route out of Los Angeles. We pony’d up first class. But we didn’t do our research and prep; Southern Pacific owns the single track from LA through NOLA to Atlanta. So, our train was stymied to side tracks time after time out of deference for freight trains. We made the best of it. Got into NOLA fifteen hours past the scheduled arrival. But us both having had wonderful train experiences throughout Europe caused us to wonder why we couldn’t have enjoyed as efficient and pleasurable journey on American soil via an American icon- transcontinental railroads?


A number of articles and commentary here in the Café, at MusicSacra Forum and elsewhere prompted me, once again, to ponder the economy that provides the artistic resources that serve celebrants, ministers, musicians and congregants at liturgies and devotions. Our friend and colleague Chironomo delivers this dart dead center bulls’ eye regarding worship “materials” and aides:

“The drive is on in many Diocese’ across the country to implement the chants of the Missal beginning next year. Has there ever been an effort like this on behalf of music in the liturgy, at least in recent history? I don’t think so.
My guess is that the likes of OCP and GIA just haven’t caught up yet, as the much more agile on-line community that is supportive of traditional music has outmaneuvered them. While they are trying to figure out how to manage their copyright protections, freely downloadable settings of the new translation are making their way into parishes. OCP and GIA will, of course, get their share of the market….but they haven’t had to face anything like this before and it appears they are either in denial or just slow to act.”

I think that popularity in this era is worth less than whatever it costs to get one’s Warhol-ian 15 minutes. The denial mentioned above keeps the publishers mired in a perpetual and irrelevant past in which their CD’s and “albums” cannot keep up with either the pace of the delivery medium and the chicanery of their lack of authentic content. How long can an intransient, hide-bound and bloat-burdened system compete in a rapid and, let’s face it, fickle market? Someone “out there” with some modicum of talent and a unique hook can post their tune on YouTube on Thursday and be a “star” by Friday morning.

Yet, the editorial staffs of the major, nominally Roman Catholic publishers function in some sort of Olympian monarchy, deliberating and deciding which heavyweight champion to keep in the hymnal rotation and which new upstart will get their big break and make the Show. And, of course, that system redounds to the many good people who provide the skills to keep that system working, from the senior managers, middle managers, and support staff.

But that system in American liturgical realpolitik is fixed not unlike a locomotive and its train of cars upon established networks of tracks. The recent film, “Unstoppable,” (about a runaway freight train) portrays an allegorical paradox where the Big Publishers can move large volumes of certain types of cargo, starting very slowly and with caution to make sure they are on the prescribed rail lines, but once they get up to speed they’re more or less held captive to those routes, period. And, God forbid, left unattended will gain momentum enough that could prove devastating not only to their own enterprise, but to the community in which they move.

The iconic photograph of the moment the last spike was driven conjoining the monopolistic railroad companies (and its ideological import) through the establishment of a transcontinental means of human and freight transport and delivery, corresponds to a moment in a plenum USCCB convention a few winters ago wherein the issue of defining a so-called “white list” of approved hymn texts by the body of American bishops was tabled, and remains thus to this day, to the Sees of Chicago and Portland. And with the highest of regard for both Cardinal George and Archbishop Vlazny, has there been any evidence that there’s been direct oversight by their chanceries over the editorial content of the various organs of their respective publishing companies since that decision? Not really, the contents of the pulp missal/hymnals shift only in small fractional increments yearly, while the cost to both parish budgets and to the non-consolidation of a worthy liturgical repertoire are unwieldy and burdensome, and in effect useless in many regards.

Through many other media, hundreds of options that are sourced either from the original Roman musical volumes or from new compositional resource centers (such as MusicaSacra, Corpus Christi Watershed and The St. Louis Liturgical Music Center) are literally moving through the airwaves for the taking. It would be foolish not to imagine that other new sources, not necessarily respectful of the Church’s musical patrimony but fashioned out of love for the liturgy are also being shared and distributed outside of the publishers’ network and clout. Again, if those whom some vilify as the “Liturgical Industrial Complex” don’t even ponder these realities, they risk becoming anachronistic antiques that simply parodied the culture of a bygone era.

Has this ever occurred before so as to have been a lesson of history that could have reminded us not to tread that way again? Well, I have more than a few St. Gregory hymnals collecting dust amid the People’s Mass Books, the St. Basil, the Pius X, the Mount Mary’s, and a number of others that J. Vincent Higgenson spent years cataloguing. And then, among the non-nationalistic of those, English was the only “foreign” vernacular competing with the Mother Tongue.

The contingencies that will continue to vex the stability of any liturgical repertoire, whether at the national, metropolitan, diocesan or parish levels, will likely necessitate the expedience of a subscription-based missal/hymnal resource. There’s nothing to prevent any capable pastor and director of music/liturgy from opting out of that convenience with the abilities to access huge amounts of license-free, tried and culturally true Catholic music, and present it to congregations in “homegrown” hymnals, weekly pamphlets or visually projected forms. But, I personally don’t see a larger benefit to the whole Body of the Church in these individual opt-outs, either in practical or philosophical terms. 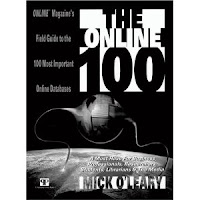 What I do see as possible is a scenario that theoretically pleases both progressive and traditional wings of liturgical music leadership, as well as a means by which the expressed vision of the Church that her bishops directly oversee the liturgical praxis and development within their Sees.

Could not the USCCB/BCL authoritatively mandate all bishops to appoint diocesan councils of qualified musicians and directors according to a set of universal criteria, whose only duty is the collection, deliberation and indexing of a licit and comprehensive diocesan missal/hymnal that would, ideally, be so dutifully and scrupulously reviewed that it would, without question, receive the bishop’s imprimatur and nihil obstat, whether the resource was published by a yearly subscription or as a fixed hymnal by the very same publishers who offer us only their editions?

I refuse to accept, until it is explained to me why, that the indexing and ordering of local, commissioned editions of paper or hardbound hymnals could not be compiled and indexed by the union of human editors and appropriate software programs. I formerly dubbed this the “boutique” hymnal. But I’m hopeful that a coalition of our hierarchy, the already “geared-up” publishing giants, the local bishops and their collaborative councils and the “boots on the ground” input from parish DM’s would result in a profound shift both towards the observance of universal standards, and the respect and appreciation for worthy additions of new repertoire from various cultural perspectives. 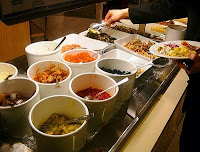 It is simply a fact that the dynamic tensions that are part and parcel of the options for musical expression at service to the liturgy will seem to most everyone involved as being self-contradictory. Gregorian (and other) chant achieving “principle place” (as opposed to the titular “pride of place”) at service will subjectively always be challenged by those who insist upon qualifying that place by citing the “all things being equal” argument.

But it seems to me that if I were given an opportunity to serve on a diocesan music council whose tangible objective was the creation and dissemination of a valid, valuable local hymnal undertaken by a commission and agreements between dioceses and the PUBLISHERS on a major scale, I’d at least have no one to scapegoat for the paucity of repertoire choices in the one-size-fits-all products that have constituted the musical buffets and cafeterias that were “crafted” in corporate think tanks and labs as being the most generically profitable assortment that was consumer friendly, trendy and kept you wanting something “new and improved” every so often, but that was essentially just a variation or reorganization of the same components. It’s time for our trains to start flying. And I believe that the PUBLISHERS have an infrastructure in place that we could help become more agile, flexible, responsive if they believed in their mandate to truly serve the Church’s best interests in worship, and knew they would keep market share. I’m clearly not advocating returning to the clumsy days of homegrown hymnal making.

In the “Missal chants” thread in which I cite Chironomo’s observation above, an anonymous commenter after him states,

“We have a rare opportunity at this moment in Church history to undo the collateral damage caused by a false interpretation and implementation of Sacrosanctum Concilium. There is nothing more spiritually powerful than priest and people chanting the Mass, whether in Latin or in the vernacular. That is where one finds both the majesty and simplicity of the Roman Mass.”

This is the moment that we all must seize, including those who have confined themselves to the tracks and fortresses and economies that will, as all temporal human concerns do, eventually decay or become obsolete and irrelevant. I don’t wish that upon anyone affiliated with our Church, including the good souls working within “the complex.”

9 Replies to “Who’s Been Workin’ on the Railroad?”