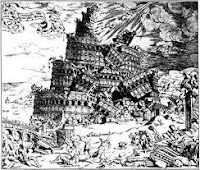 Earlier this morning I received an email from my friend (and mentor) Aristotle Esquerra. He’d attached a link to an article in the periodical, U.S. Catholic, the title of which adorns the title of this post, and asked me for my thoughts. My M.O. for doing this sort of thing is to copy it over to word processing, and give a sort of “first blush” consideration and reaction. After I sent that back to Aristotle I figured I don’t have to be a fool privately, I can show my ignorance in public as I am prone to do. The quoted portions of the article are obviously excerpted and therefore out of context. You, dear reader, can take in the whole article here.

When Gini Eagen came to Corpus Christi Catholic Church in three decades ago, the parish had “a very white population,” she says. Now Eagen is the church’s pastoral associate, and things have changed. “We are today the Catholic Church I used to picture in my prayer life,” she says.
“You name it, we got some,” laughs pastor and U.S. Catholic editor Father John Molyneux, C.M.F. “The town next to where we live in Stone Mountain is where Georgia has chosen to settle the refugees; therefore whoever comes we settle into our parish because we’re the closest Catholic parish.”

The community’s diversity might have transformed it into Eagen’s childhood ideal, but it has also created challenges. With a symphony of languages and a collage of ethnicities, culturally specific ministry is difficult to organize. Meanwhile, the sanctuary cannot accommodate the whole parish, so full-community, multicultural liturgies are logistically impossible.

Already implicitly missing from this account is any mention, or presupposition that immigrants of diverse languages are, I believe, socially if not legally mandated to confront the need to acquire basic English language skills (driving licenses and such), whether or not they intend to become citizens. They cannot totally escape the lingua franca imperative in various social and economic environments. So, why does the author maintain a predisposition towards automatic accommodation of linguistic divergence? It seems an extreme prejudice towards PC.

Corpus Christi is not alone with these blessings and challenges. In the increasingly diverse U.S. Catholic Church, emerging multicultural, multilingual parishes are struggling to celebrate liturgical unity in the absence of uniformity

Corpus Christi has parishioners from Sudan, Burundi, Congo, Kenya, Nigeria, Eritrea, Mexico, Jamaica, Colombia, Cuba, and Peru—among others.“You name it, we got some,” laughs pastor and U.S. Catholic editor Father John Molyneux, C.M.F. “The town next to where we live in Stone Mountain is where Georgia has chosen to settle the refugees; therefore whoever comes we settle into our parish because we’re the closest Catholic parish.”The community’s diversity might have transformed it into Eagen’s childhood ideal, but it has also created challenges. With a symphony of languages and a collage of ethnicities, culturally specific ministry is difficult to organize. Meanwhile, the sanctuary cannot accommodate the whole parish, so full-community, multicultural liturgies are logistically impossible.  Corpus Christi is not alone with these blessings and challenges. In the increasingly diverse U.S. Catholic Church, emerging multicultural, multilingual parishes are struggling to celebrate liturgical unity in the absence of uniformity.“This will become more evident in the next two decades. We are transitioning into a new way of being U.S. Catholics that is more diverse. Instead of hoping for some sort of assimilation, we are giving birth to a new way of being Catholic.”

The above statement is astonishingly ignorant, if not antithetical, to the very definition of being “catholic.” And it has a puerile echo (“giving birth”) to “sing a into being.”

One reason for the demographic shift is immigration. In its statement Welcoming the Stranger Among Us: Unity in Diversity, the U.S. Conference of Catholic Bishops explains, “War, economic distress, the desire to be reunited with families, and the new legal opportunities since the 1960s have prompted a diverse immigration from Latin America and the Caribbean, Asia and the Pacific Islands, the Middle East, Africa, Eastern Europe, and the former Soviet Union and Yugoslavia.”
Meanwhile, the 2008 U.S. Religious Landscape Survey from the Pew Forum on Religion and Public Life finds almost half of all immigrants are Catholic.

And this varies from historical statistics regarding post-colonial immigration vis a vis relgious affiliation how exactly?

Viatorian Father Mark Francis, professor of liturgical inculturation at the Pontifical Liturgical Institute of Sant’Anselmo in  “The question, then, is raised: How [do we] to minister to these diverse populations? Especially, how is the established monocultural parish to welcome and minister to people who are of different cultures and some who speak different languages?”

How about making sure that understanding “welcoming and ministering” does not automatically constitute a necessarily artificial dismantling of the “established monocultural parish ‘ethos.’” Monocultural is not a narrow, easily defined descriptor. Is a parish comprised of tens upon tens of ethnically diverse and blended faithful that has the apparent ability to worship in one vernacular, or in Latin for that matter, essentially “monocultural?”

Refugees from all over the world celebrate the parish’s English-language liturgies together at . “When you look out at the Our Father and you see so many different people holding hands, you think, ‘This is what the reign of God looks like,’ ”

Really? How many times have we encountered such liturgies where a celebrant invites all to orate the “Our Father” in their native tongue, and the polyglot mumble, murmur, mumbo jumbo is stultifyingly shameful to the dignity of the Roman Rite? And, guess what (no big secret, even “Father knows it!) ? – everyone knows in their hearts this sort of invention is fundamentally flawed, if not an outright abuse.

He explains why multilingual liturgies, like those at St. Andrew’s, can be difficult to organize. “One of the things to bear in mind in multicultural settings that are also multilingual is that every time the spoken word is used, there will be some part of the assembly that is not going to be able to understand,” he says. “Choosing languages for the prayers, the readings, and the homily needs to be done with a good knowledge of the people who make up the assembly—and this can be very complicated.”

To get over this linguistic hurdle, the St. Andrew’s staff puts translations in worship aids for multilingual celebrations. Because of this, Peterek says, “I never feel unable to participate.”

The source and summit, reduced to a utilitarian level. Nice.

Parishioners at St. Patrick Parish in Lawrence, Massachusetts pray like the disciples at Pentecost. “People have learned to pray in their own language in the same rhythm,” says Father Paul O’Brien, pastor of the large, multicultural community. (PSS. If they’ve learned to adhere to a cadence that is “manufactored,” isn’t it reasonable to award their accomplishment by asking them to learn to pray in a common language, whether one vernacular or Latin? And isn’t this mind-set allowing for a diversity of verbal oration at odds with other liturgical precepts, say the posture and manner in which one receives Holy Communion? Seems some want to have the cake idolized, while eating it simultaneously. Cognitive dissonance, pardon the pun.)

He estimates his parish is about 45 percent white; 40 percent Hispanic, mostly Dominican and Puerto Rican; and 15 percent Vietnamese. The parish has Sunday and holy day Masses in corresponding languages, but O’Brien says people feel comfortable attending liturgies in languages they do not speak. They just participate in their native tongues.

So, I’m in at Mass. To do what there exactly? Worship God, of course. I don’t know what language the whole congregation and ministers are employing in their spoken/sung orations, but I know the liturgy like the back of my hand. I am more than just comfortable, I’m in the very midst of the mystery that is the sacramental union of heaven and earth. Obviously I cannot enjoin my fellow worshippers verbally, but I’m very much enjoined to them in so many other, dare we say, nobler ways. But Fr. O’Brien would dismiss that “state of action” as having not been able to participate. Utter condescending nonsense. And, should I ever decide to live in , I would make my first priority learning whatever language is their lingua franca.

St. Patrick’s Parish celebrates multilingual, multicultural liturgies for occasions like Holy Thursday and the Easter Vigil. O’Brien explains, “We do the Mass parts in Latin, and arguably those are most successful because they have the greatest participation. We do the other music mixed, and I don’t think we have any music that fosters full participation in multilingual settings. It’s partial participation no matter what.” He says organizers divide the readings among the languages of the congregation and distribute comprehensive worship aids. Lectors repeat shorter texts in multiple languages.

Oh, Latin = most successful, got it. Balkanized singing = not so much, could you run that by me again? Gee, how can we fix that part? I wonder.
The balance of the original article deals with circumstances very close to home for me, the LAREC. So, suffice it to conclude, and as I’ve said to various pastors over the decades: “I don’t go there.”

Now, I hope that the tone of my admittedly visceral response upon the first reading does not evoke a sense of cruelty. That is not how I roll (we say that a lot on the left coast.) If some would argue with that declaration of my intent and my honesty, I wish to offer a pre-emptive response through this true anecdote-

A number of years ago, when I was still a public school teacher and paid great attention (by will and professional mandate) to issues such as “English as a second language” that were so integral in education everywhere, I remember clearly the story of how some immigrant families in the Los Angeles Unified S.D. had formed a group to protest the district’s decision to abandon “English total immersion” as a strategic curricular component for non-English students entering the system at various grade levels. Despite the parents’ likely limitations to articulate their demands in English themselves, they regarded the decision to relax the standards by which THEIR children could gain proficiency in English as an absolute imperative.
Guess which way the school district ruled on the question? Who was “cruel” in that dispute? The parents or the district? You make the call.