From the MusicaSacra Forum comes this intriguing video of the coronation of Blessed Pope John XXIII:

The forum’s discussion concerns the trumpets that begin just before the 3:00 mark.

About an hour ago, a prayer vigil in St Peter’s Square, of Taize pilgrims to Rome, ended. It had the look and feel of a mini-World Youth Day, but with almost 100% Western European faces. I sat on the steps of a nearby church and watched people just pouring down the road toward the square, much as the Romans had done a few days ago for the Urbi et Orbi blessing. I went over and saw the Holy Father ride through the crowd in the Popemobile. After the service, kids who had held special candles in the square held them carefully, trying to keep the flames alight.

I think it would be worthwhile to consider the peculiar phenomenon of Taize music, in light of its success among young people. Although I cannot say many positive things about the music of Taize itself, I think that at least we can say that it does take young people seriously as praying beings–which seems to me to be the first step in pastoral work with young people. The music is not there to entertain, nor to overshadow the words. Rather, the music strives to cantillate, to magnify and enrich Biblical texts through music. Secondly, it intends to lead to recollection.

I would hope that a similar movement could arise that might take young people seriously as musical and artistic beings, who can find themselves elevated by music that is respectable as art.

In his remarks to the young people, the Holy Father said:

Together with silence, song has an important place in your community prayers. In these days the songs of Taizé fill the basilicas of Rome. Song is a support and incomparable expression of prayer. Singing to Christ, you open yourselves to the mystery of His hope. Do not be afraid to precede the dawn in praise of God, you will not be disappointed.

A weakening of faith in God, a rise in selfishness and a drop in the number of people going to Mass in many parts of the world can be traced to Masses that are not reverent and don’t follow church rules, said two Vatican officials and a consultant.

“If we err by thinking we are the center of the liturgy, the Mass will lead to a loss of faith,” said U.S. Cardinal Raymond L. Burke, head of the Vatican’s supreme court.

The CNS article is here.

A continuing theme in Church documents on music is that the liturgy is vastly improved — made more noble, more penetrating, more glorious and affecting — when it is sung. The goal is not just to sing the major parts of the Mass but the entire Mass, propers and readings and dialogues. The congregation, the schola, and the celebrant all have a role.

Liturgy in this way has been likened to a musical drama. The new film Les Misérables, then, has some liturgical relevance. The reviews have been fantastic, and I’m in complete agreement. There were moments in this filmed that moved me like nothing I’ve seen before.

What the commentators have missed, however, is how music itself ads enormous power to the film. Unlike most musicals, that have occasional numbers, most of this film was actually sung. In this way, it is more like opera than an old-fashioned movie musical.

Now, just imagine the same actors and scenes without the music — a spoken Les Misérables, as it were. It would be the same story. It could be great and powerful. The narrative would carry the story. All of that is true. But once you see the musical version, it is rather obvious that the power of the film would just not be the same without it. The music is what lifts the film from great to epically astonishing.

It also sets a new high standard of integration of music and action. The score is unusually text driven, just like liturgy. The singers in the film were chosen not for their singing ability but for their acting — which makes the singing more authentic in some way. Their voices were not ruined by too much training and affectation. They seemed authentic because of this — again, a point that is replicated in a liturgical context.

I highly recommend that every priest and singer needs to see the film to understand the drama that is possible in the musical context. The application to liturgical worship makes the point that we are denying ourselves deeper spiritual experiences by settling for spoken Masses over sung ones.

You should plan on attending the Composer’s forum sessions during the week, where your new compositions will be critiqued and workshopped. Plan on bringing along enough copies for everyone in the seminar (about 20 copies). A winning composition from among those presented during the week will be announced on Saturday, June 22. The winning composition will be sung by the entire Colloquium at the closing Mass at the Cathedral of the Madeleine on Sunday, June 23. This year’s text is Psalm 116: Laudate Dominum omnes gentes, laudate eum omnes populi. Quoniam confirmata est super nos misericordia ejus, et veritas Domini manet in aeternum. [Gloria Patri et Filio et Spiritui Sancto: sicut erat in principio, et nunc, et semper, et in saecula saeculorum. Amen.] . Compositions should be SATB and no longer than three minutes in length. For more information, contact David Hughes, forum leader, at davidjhughes@gmail.com 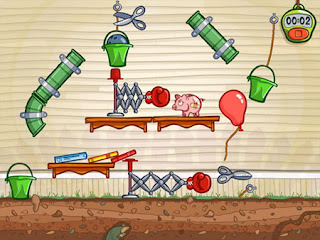 I wrote this a few years ago for the Conversion of St Paul. It is about the relationship of Sts Stephen and Paul, inspired by today’s patristic reading in the Liturgy of the Hours by St Fulgentius of Ruspe.

The martyr Stephen met his death
Forgiveness in his final breath.
He interceded for them all
Whose cloaks lay at the feet of Saul.

The Father, hearing Stephen’s prayer,
Gave gifts for all the Church to share
When grace and mercy overflowed
In light upon Damascus Road.

Then bless the Lord of heart and mind
Who gives new vision to the blind,
Whose reign throughout the world extends,
Whose loving-kindness never ends.