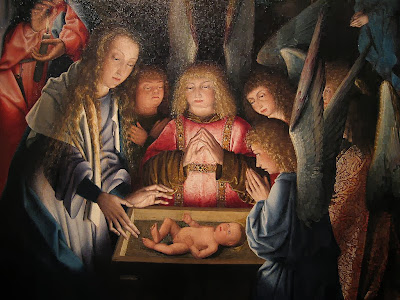 This is how we know what love is: Jesus Christ laid down his life for us. And we ought to lay down our lives for our brothers. If anyone has material possessions and sees his brother in need but has no pity on him, how can the love of God be in him? Dear children, let us not love with words or tongue but with actions and in truth. 1 John 3: 16-18 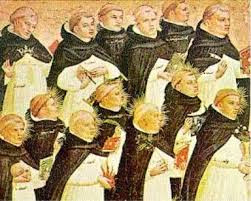 The registration deadline for this year’s Winter Chant Intensive is Friday, December 20th. This year’s program in Surprise, AZ, neatly packed into two days (January 3 and 4, 2014), offers you the unique opportunity to focus on chant conducting or take an in depth look at the history and structure of the modes…the foundational structure around which the chant is shaped. Register now.

I receive questions about Words With Wings, the Gregorian chant curriculum for children, daily. Have questions? Join me online this coming Wednesday! I’ll be hosting a free discussion session about the program. Details: Wednesday, November 13, at 12:00pm CST. You have to register to take part.

The magnificent and generous Richard Clark has done it again. Here is a collection of free Communion propers for Advent.

These setting, like many of my liturgical works at times “float” around traditional harmony, “bending” not so much with dissonance, but hopefully with carefully placed color. This at times is to convey an ethereal tone yet, hopefully without drawing too much attention to itself. In the end, I hope these are useful, prayerful, reverent, and with a bit of passion!

We are living in the middle of one of the greatest chant revivals of all time!

That is quite a claim. There’s probably some truth to it, but in the big scheme of things, and in the whole world and the world of ideas, the movement is almost certainly very small. Those of us who are liturgical musicians, historians, and chant scholars and who happen to be working in the Church today make up a tiny but focused group. My best guess is that the availability of the internet and its many opportunities are what continue to feed the illusion of a swelling movement. There are hundreds, if not thousands of resources on chant, and just as many conversations about chant going on at any given time of day or night. 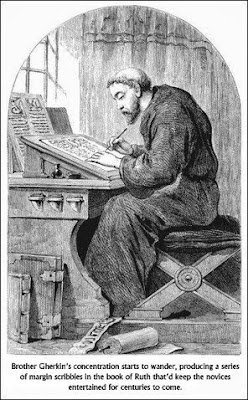 And there are as many ways to interpret chant, it seems, as there are people talking about it. Someone trained in the old Solesmes method will look at chant in a very different way- and sing it in a different way – than someone trained in Semiology. Is there tension between the two? Maybe a little, but there doesn’t have to be. There’s no war going on, though at various times throughout the past fifty years, and depending upon who you talked to or what you read, you might have thought there was.

For those unfamiliar with the two (these are probably the two most influential among musicians working in the Church today), here’s my informal and overly simplified take on the fundamental difference between them: the Old Solesmes approach is all about the musical rhythm that keeps the text keep on keeping on; the semiological approach focuses more on the text itself, and its part in shaping the musical line. Again, overly simplified.

I think partisans of either approach could benefit immensely from further study on the other side of the fence. Any tension that exists stems from ignorance. Yes, that is something of a bold claim, but in some reading I’ve been doing on Semiology lately, I can see clearly that misinformation about the intentions of the Old Solesmes method are rampant.

Some critics of the Old Solesmes approach contend that it is all about imposing an artificial rhythm on the text, a rhythm that is not native to the text, one that is inauthentic, and one that forces an unnatural measuredness upon it. Moreover, it is somehow supposed that practitioners choosing to impose this artificial rhythm on the text could care less about the text itself. What can I say in defense of that poor old Solesmes school here? True, it includes a counting system, imposed externally, designed to keep the melody moving and flowing. Its primary purpose is to insure a nice musical lift; an ebb and flow. Its secondary purpose is to keep groups of singers singing together…beautifully.

I have heard beautifully sung Solesmes-styles interpretations. I have also heard horrible ones…measured and plodding and bloodless. What is comes down to, in my view, is the scholarly, musical sensitivity of the conductor and his or her singers.

Now lets look at practitioners in the Old Solesmes school might be saying about semiological interpretations: The chant doesn’t flow! It’s all about scholarship and not about musical beauty! The most memorable thing I’ve heard? Semioligical interpretation leads to a performance that is quixotic.

Conductors with semiological leanings do pay attention to the musical line. But their interpretation is not influenced by externally imposed tools like the ictus and a counting system. They focus on the text first and foremost; they look at the words, look at the flow, and look at the ancient signs to guide them in nuances of overlapping text and the melody that arose from it. In the end, their results – like those of their brothers and sister on the Solesmes side of the fence, will only be as convincing as their own musical sensitivity affords.

To understand either of the approaches, we need to take a quick, and again, overly simplified look at their tools. Semiologists look primarily at the ancient neumes – the markings placed over the text by ancient scribes…markings that were intended to document the way a text should be nuanced when sung. These markings pre-date the musical staff, and were intended for singers of a particular native tongue. These signs are the real thing, or, at least, the first record of the real thing.

Old Solesmes-style conductors look at square notes editions only. (don’t forget I’m simplifying dramatically), these editions being the result of a 19th century revival and condensation of ancient manuscripts, and an active effort toward synthesis, making them available for universal interpretation and performance. This notation incorporates ideas derived from ancient markings as well ideas informed by European musical practice of its time and place.

Can we say that either of the sets of tools is going to help us render a truly authentic performance? And what do we mean by authentic? If the chant is supposed to be the living, breathing, musical Word, is it fair to say that is should be performed in a manner consistent with ninth century local practice – which would mean a stricter adherence to notions found in the ancient signs? Similarly, is it reasonable to say the at the performance of most integrity will be rendered by adhering to a 19th century system, which can produce fantastically flowing results, but which is based on scholarship that is at least 100 years out of date?

I have a final question that I’ve seldom, if ever, heard addressed. What would the ancient scribe have done…how would his written record differ, how would he have chosen to express certain nuances and musical ideas differently…had he not been limited by the fact that musical notation and convention, as we know it today, and as it was known in 19th century Europe, did not exist at the time?

In a sense is it is a ridiculous and unanswerable question. The scribe was most certainly free to innovate to a certain extent, as is evidenced by differences in the various local manuscripts. But he was tied to a time and place and the tools and conventions available to him. Yet…he was charged with recording something for the ages.

Let’s imagine for a moment that a more developed or established written musical notation system had been standard at the time, might he not have made use of all of the tools of this system when leaving written instructions for his chanting posterity? Furthermore, isn’t this exact what the monks at Solesmes Abbey were doing centuries later?

And aren’t we, as we try to arrive at the best interpretation, taking all of tradition into consideration, doing our best to do the same thing all over again, but in the here and now? Chant is music for the ages, after all.

Join the CMAA in Surprise, Arizona this coming January for a special, two-day edition of the famed Chant Intensive. Making a bit of a detour from our usual offering for beginning to intermediate chanters, this year’s intensive includes two separate tracks for intermediate to advanced chanters who are interested in furthering their studies of the Gregorian modes or developing their skills conducting chant.

Registration will be open by the end of this week. Read more here. 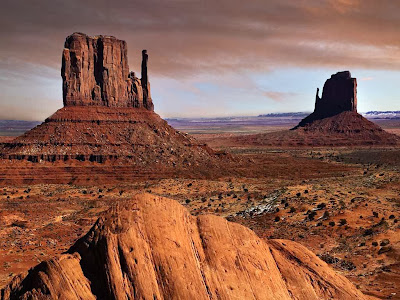 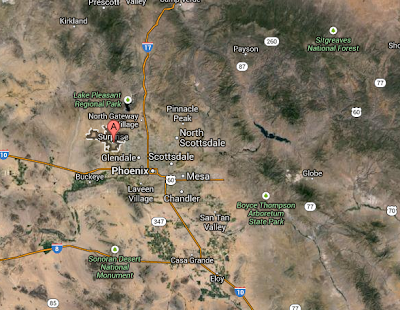 A special edition of the CMAA’s Winter Chant Intensive -for intermediate to advanced chanters – will be held January 3 and 4, 2014, at St. Clare of Assisi Catholic Church in Surprise, AZ. Long live the revolution in the desert! Full details coming next week.