A few thoughts from my not evil twin.

*How refreshing, enervating and humbling to hear our Pontiff and others employing the sacral language of Latin in these most recent Masses. When first I heard the orations my heart was unburdened from distraction, and even the oft-fertilized polarization of the OF to EF disappeared as does a blanket of fog that parts to reveal the Golden Gate Bridge in SF/Marin. 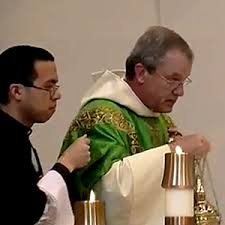 *Even tho’ it seemed a skosh underwhelming, the  Rev.Schiavone’s psalm setting, the contributions of Anglophone contemporary composers as my old classmate Dr. Nestor, Dr. Latona and our British cousin Philip Stopford, among others showed that there is a maturation after cultivation of composers who “get” the conciliar mandate to seek inspiration from the two named genres regarded as principle and secondary milieus that are the font of our musical sacred treasury. And to think, maybe the next papal go ’round we may actually enjoin the worship with music by Dr. LaRocca, Richard Rice, Jeffrey Quick, Paul Jernberg, JMO, Kevin Allen, Heath Morber or even Dr. K with a host of other composers working within the fold to create honest sacred music, that also is academically informed and
genuinely beautiful. 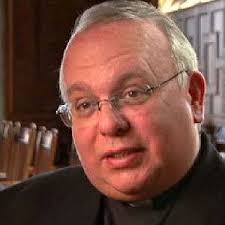 *Overall, I think the work of CMAA and those of a similar inclination has managed to bring a balance back to adjudicating the brilliance of music according to “sacred, universal and beautiful,” as the balance of genres/styles seemed in greater measure more balanced than the last three papal tour liturgies. Even with performance practice, issues of texture and taste were mitigated from venue and personnel to the next. That is complimentary to Americans choosing to embrace the responsibilities of performance practice of the ars celebrandi (ie. chant with distracting vibrato v. a schola united in principle through the medium of chant presenting the ideal of human worship via the greatest instrument, the voice.

*Along a similar tack- it has been refreshing to notice that the employment of orchestral augmentation to the pipe organ wasn’t employed at virtually every moment of all liturgical actions at all Masses from DC to NYC to Philly. The arrangement of “Hail Holy Queen…” actually enabled the ear to rest and compare/contrast aural textures through both instrumental orchestration and the deft use of Latin and English.

*Also, thanks to the planners at Philly for demonstrating the “Mahrt” conception of circumambulation at the Introit. I think that having the ministers process from the sacristy down a side ambulatory to the main aisle ought to be a staple at even just one weekend Mass in any parish whose size and attendance could support this approach to the entrance.

*As the liturgies went along and opened up, it seemed that both the style of the “cantors” and their amplified uber-presence was mitigated from archdiocese to archdiocese. But, I won’t ever endorse the employment of any “songleader” when a choir is present. Canting lay readers and psalmists, yes. Touchdown, big vibrato’d Carusos/Callas’ need not apply anymore, thank you. 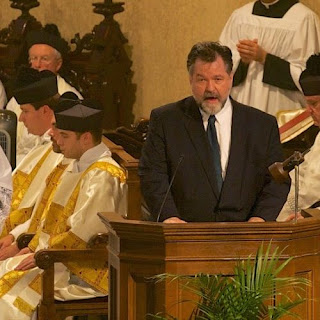 *I can Richard Chonak calling out to me now: “That’ll do, donkey, that’ll do.”

3 Replies to “If you’ve got nothing good to say, then…”