I remember excruciating delight when, disguised in some un-PC costume, (hobo? witch? pirate? how disrespectful to the homeless/wiccans/privateers! was I hobophobic?) when a householder, in answer to my cry of “trick or treat!” would offer me a choice.
Skor or Goodbar?
Circus Peanuts or Candy Corn?
Sugar Babies or Reeses Pieces?
It was simply too hard to choose, to have such an embarrassment of riches arayed before me yet not able to have them all.
Life was so cruel when I was a child.

Every June, I feel a bit the same way, when the repertory for the CMAA Collquium  is finalized- I want it all!

Morse or Hughes?
Kwasniewski or Mawby?
Wilko or Horst?

And as for the break-out sessions – I can’t even. 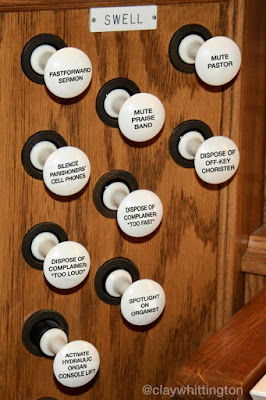