The Church Music Association of America is happy to announce that registrations are now being accepted for the 2022 Colloquium in Hagerstown, Maryland, June 20-25, 2022. Once again, we will celebrate liturgies together, sing in choirs, learn from outstanding faculty and enjoy the camaraderie that we’ve all missed in the past two years.

Don’t delay making your registration, as we do have limited capacity this year.

For all the details about the Colloquium, including schedule, repertory, faculty, scholarships, and more, visit our Colloquium page to get all the information. The CMAA is delighted to announce that our upcoming Sacred Music Colloquium will be held in Hagerstown, Maryland June 20-25, 2022 at St. Mary’s Parish in Hagerstown.

We hope you’ll make plans to join us. Our online registration and full details will be forthcoming, so stay tuned!

On Friday evening of the Sacred Music Colloquium in Philadelphia, Vespers were celebrated for the feast of St. Anthony Maria Zaccaria according to the traditional Roman office, with Fr. Robert Pasley, chaplain of CMAA, presiding. The choir was conducted by the Rev. Mr. Edward Schaefer, and the organist was Professor Ann Labounsky. 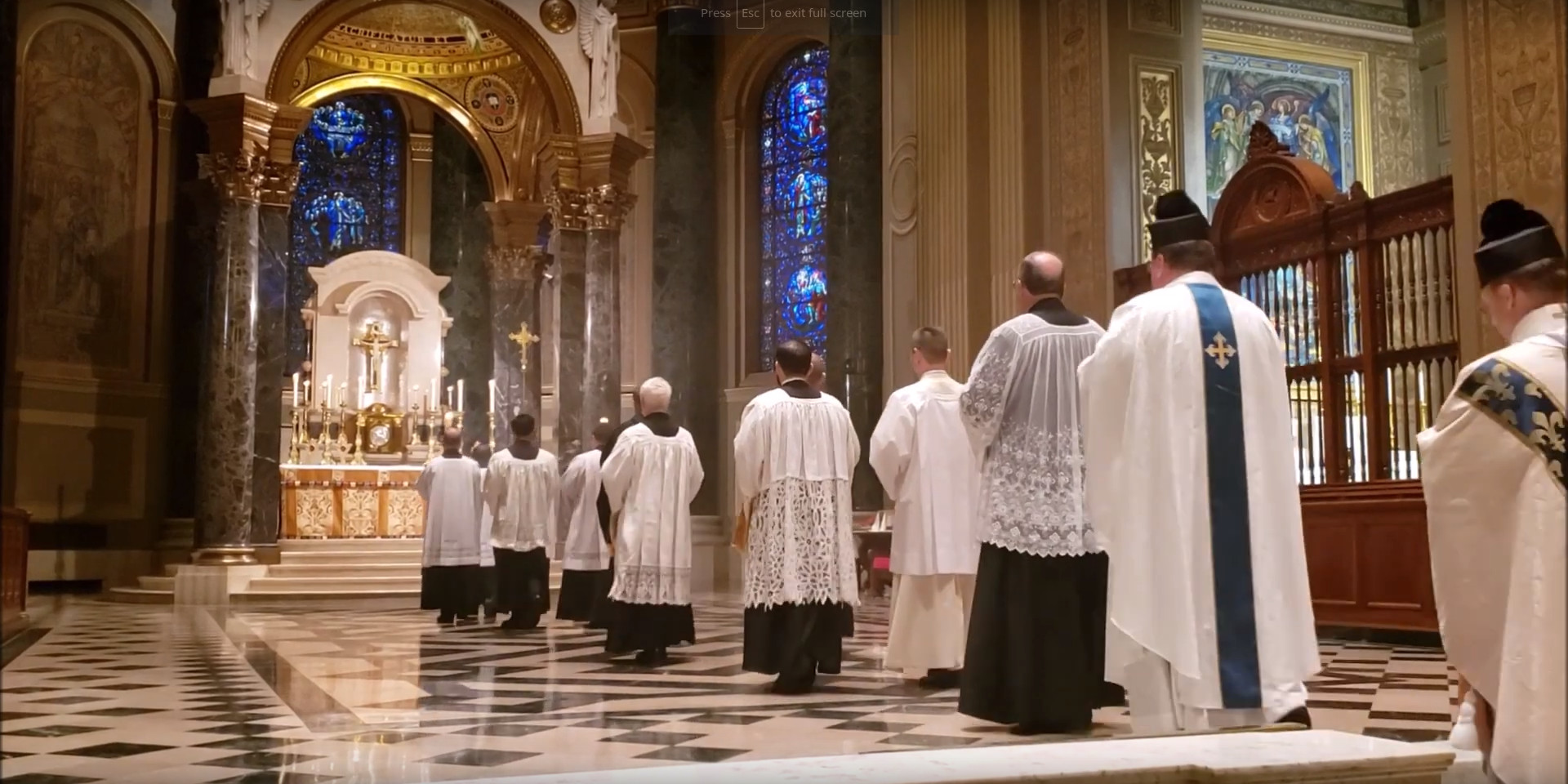 Again this year the Sacred Music Colloquium included a Mass celebrated in Spanish: this time a votive Mass of Our Lady of Guadalupe, with wonderful music of the Spanish Renaissance, on Thursday, July 4.

The Mass setting was La misa Caça by Cristobal de Morales, and the Mass included motets by Guerrero and de la Torre.  The propers were sung in new plainchant adaptations by Janet Gorbitz and Jennifer Donelson.  Music for the Mass can be viewed in the colloquium repertoire book at pages 103-134, except for a motet by Cornelius Verdonck of the Spanish Netherlands, which was a late substitution.

Photos by Charles Cole are on-line at New Liturgical Movement, and here are audio excerpts:

Thanks to the anonymous attendee who posted a video of portions of the Mass on-line; the above image is a screenshot from it.

On Wednesday, July 3, liturgical scholar Dom Alcuin Reid, prior of the Monastère Saint-Benoît in the diocese of Fréjus-Toulon, France, gave the second plenary lecture at CMAA’s Sacred Music Colloquium, at the Cathedral of Saints Peter and Paul in Philadelphia. His talk on authority in liturgy recalls the teaching of Pope Pius XII in Mediator Dei that

“Liturgy is a constitutive element of the holy and living Tradition.” The liturgy, the liturgical rites themselves, are an intrinsic part of the handing on of the faith received from the apostles. They are not mere decoration or ornament. The rites and prayers that have developed in the life of the Church are sacred vessels which bring apostolic tradition to us. Thus they are privileged sacramentals worthy of profound respect.

Against a subjectivism that would make the liturgy depend on “whatever the priest wants” or whatever this or that particular pope wants, according to personal opinions, Reid proposes principles of “liturgical integrity”. A text of his lecture appears in Catholic World Report.

Here are some sample recordings from the Sacred Music Colloquium held in Philadelphia this month.

In the morning, Sr. Maria Kiely, OSB, an instructor in Greek at the Dominican House of Studies in Washington, presented a talk on the six vesper hymns long associated with the name of St. Gregory the Great: Lucis creator optime, Immensae caeli conditor, Telluris ingens conditor, Caeli Deus sanctissime, Magnae Deus potentiae, and Plasmator hominis Deus. The themes of the six hymns reflect the unfolding of creation in the six days of the Genesis account. (approx. 60 min.)

Tuesday afternoon, after the first rehearsals of the various choirs that formed for the week, a votive Mass of the Holy Angels was celebrated in English. Here are a few excerpts (please note that these are my amateur recordings, so there is incidental noise): 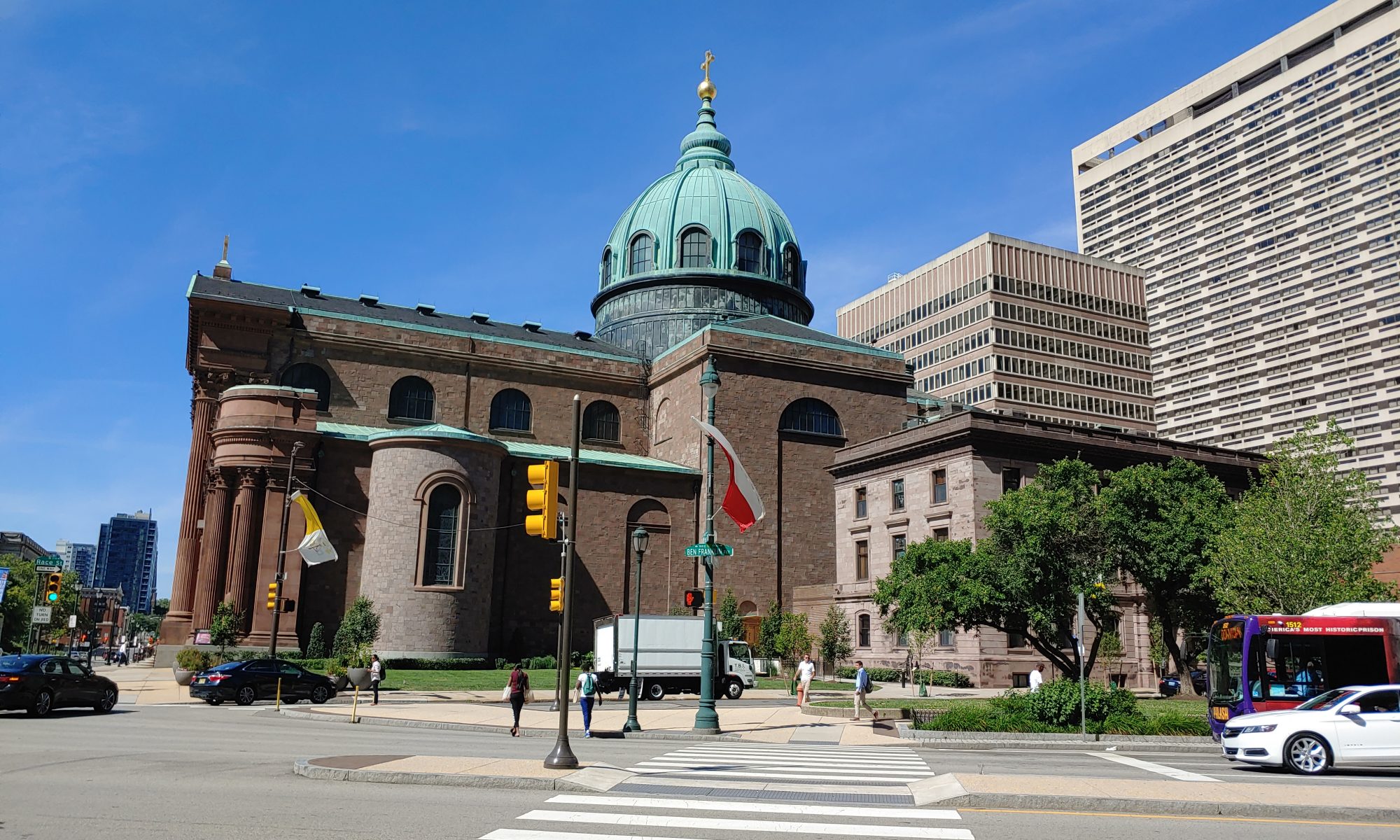